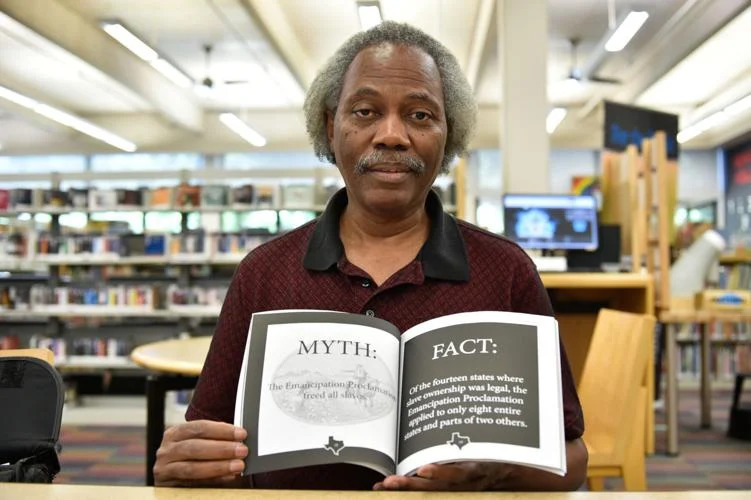 Donald Norman-Cox of Denton, Texas, is the founder of Juneteenth University, Inc, a campaign that provides an educational debunking of the national holiday’s origins. With this, he emphasizes a previous history of capitalizing off of Juneteenth sales amid the outrage about Walmart’s controversial “celebration edition” ice cream.

According to the Denton Record-Chronicle, Norman-Cox released his most recent edition of Juneteenth 101, which dedicates nine pages to vintage advertisements for Juneteenth sales.

“People want to get all mad about the commercialization of Juneteenth, but that’s been going on for a long time,” Norman-Cox told the news outlet. “A lot of people were mad about Walmart having Juneteenth ice cream, but companies capitalized on the commemoration as early as the early 1900s.”

In his findings, Norman-Cox highlighted the following advertisements: The Weiss Shoe Co.’s ad in the San Antonio Express-News in 1913 to promote its Juneteenth Day special; Reliable Tailors’ ad in the Dallas Express in 1923 to offer discounts on suits; the Bankrupt Sales Store bought ad space in the Houston Informer in 1923 for bridal gowns and wedding party finery.

Additionally, Juneteenth 101 spotlights an ad for “Colored Folks Juneteenth Celebration” in Hallettsville in 1936 that also served as an ad for a dry goods store’s sale.

“Some of these ads were for businesses that benefited the African American community,” Norman-Cox said. “After emancipation, watermelon became an economic engine in the Black community. Then Black people were made to feel bad because [of] their communal thing — in so many ways, when watermelon was part of a celebration in the Black community, it was almost a communion. When I do my presentations about Juneteenth, watermelon is required as part of the refreshments.”