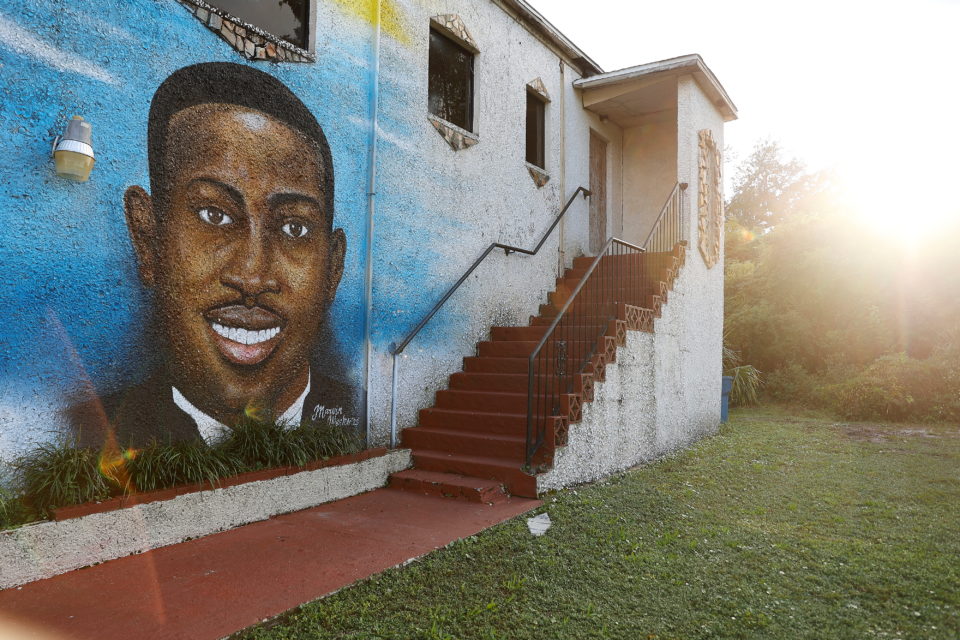 FILE PHOTO: A mural of Ahmaud Arbery is painted on the side of The Brunswick African American Cultural Center in downtown Brunswick, Georgia, U.S. October 11, 2021. REUTERS/ Christopher Aluka Berry

Reuters – The judge overseeing the trial of three white men charged with murdering Ahmaud Arbery, a Black jogger, in Glynn County in coastal Georgia said potential jurors could be questioned about their views on race when selection began Monday afternoon.

Gregory McMichael, 65, his son Travis McMichael, 35, and William “Roddie” Bryan, 52, face charges of murder, aggravated assault and false imprisonment in the killing the killing of 25-year-old Arbery on Feb. 23, 2020.

The three men appeared in court on Monday as their lawyers negotiated with Judge Timothy Walmsley over what questions they could put to potential jurors, including whether they could ask jurors’ views about the Black Lives Matter anti-racism movement.

All have pleaded not guilty, saying they chased and confronted Arbery on a road running through Satilla Shores, a mostly white neighborhood in Glynn County, in order to make a citizen’s arrest and that Travis McMichael killed him with a shotgun in self defense. They face life in prison if convicted.

Bryan recorded the confrontation on his cellphone, and the video of Arbery’s killing sparked outrage across the United States. A local prosecutor, whose office had previously employed Gregory McMichael, had refused to charge the three white men. More than two months passed after the killing before the McMichaels and Bryan were charged.

Judge Walmsley said he would permit some of the questions proposed by defense lawyers about potential jurors’ views on race but wanted to limit the amount of time spent on the topic. “Black Lives Matter is not a party in this case, it’s not part of this criminal prosecution,” he said.

Arbery’s family and their supporters say he was targeted because he was Black. Defense lawyers say the McMichaels and Bryan were suspicious of Arbery because he went inside a nearby house that was under construction. The owner of the property has said he believed that Arbery had entered the building site for a drink of water and that nothing was stolen.

The three defendants were also charged by U.S. Department of Justice prosecutors in April with federal hate crimes and attempted kidnapping. The federal trial is due to begin next February.

The state trial is unfolding in a brick courthouse in the 19th-century historic district of Brunswick, a port city home now to about 16,000 people. Dozens of Arbery’s supporters chanted on the lawn outside, carrying signs that said “Justice for Arbery.” Members of the clergy prayed for justice.

It could takes days or even weeks to find 12 jurors and four alternates. About 1,000 citizens in Glynn County, which is about 69% white and 27% black, have received jury summons.

In the pre-trial motions hearing on Monday, Linda Dunikoski, the lead prosecutor in the case, objected to some questions defense lawyers wanted to ask potential viewers about their views on race and politics.

“Black Lives Matter has absolutely nothing to do with this particular case,” she said.

Franklin Hogue, a lawyer for Gregory McMichael, said it was important to find out if potential jurors might have biases against the white defendants.

“We do know that race is an issue in this case,” he told the court.