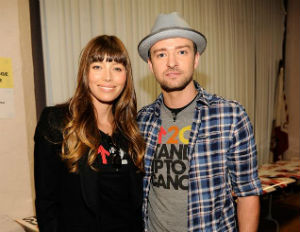 In the middle of his honeymoon , Justin Timberlake took to his website to apologize for a video recently made public that one of his boys made showing Hollywood vagrants and homeless people congratulating JT on his recent wedding to Jennifer Biel held in Italy earlier this month.

Timberlake’s apology came a day after one of the homeless men in the video went public and said he was duped and paid $40 to read scripted lines. Many of Timberlake’s fans thought the video mocked and exploited unwitting homeless people.

“You can bet your ass that I’m having my friend do at least 100 hours of community service… Boom,” Timberlake wrote.

Read the whole story at the N. Y. Daily News