Kanye West: 'Kim Was Trying to Fly to Wyoming With a Doctor to Lock me Up' 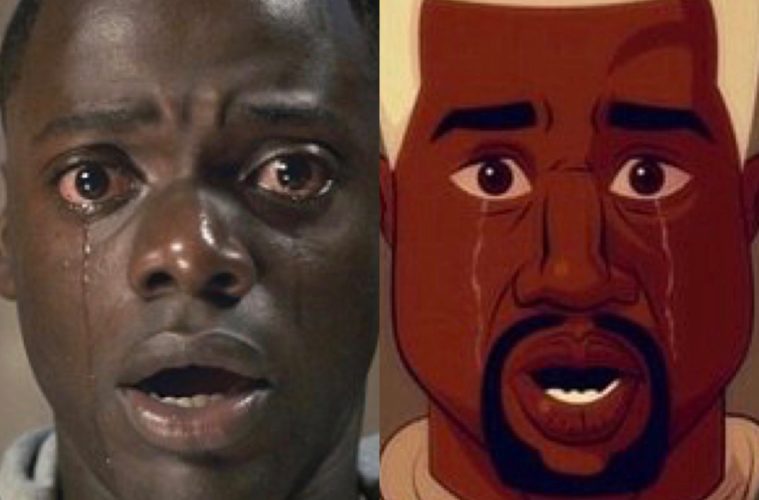 Kanye West "Get Out" Meme

Kanye West says his wife, Kim Kardashian West, tried to have him committed to a mental institution in a series of since-deleted Tweets.

Sources say Kardashian West was upset at West for recently revealing that they almost aborted their first child at a presidential campaign rally over the weekend. During the rally, the hip-hop billionaire also had an emotional breakdown when he revealed that he, too, was almost aborted by his father. At another point, West claimed that abolitionist Harriet Tubman did not free slaves.

According to People magazine, West accused his wife of  “trying to fly to Wyoming with a doctor to lock me up like on the movie Get Out because I cried about saving my daughter’s life yesterday” on Twitter Monday night, before deleting the tweets.

“Kriss don’t play with me you and that calmye are not allowed around my children Ya’ll tried to lock me up,” West wrote in another tweet. A few minutes later, he also wrote, “Kim tried to bring a doctor to lock me up with a doctor.”

“Everybody knows the movie get out is about me,’ he also wrote.

Kanye ended his Twitter rant by stating that he is now just focusing on the music with a planned album release this upcoming Friday.

Ima focus on the music now