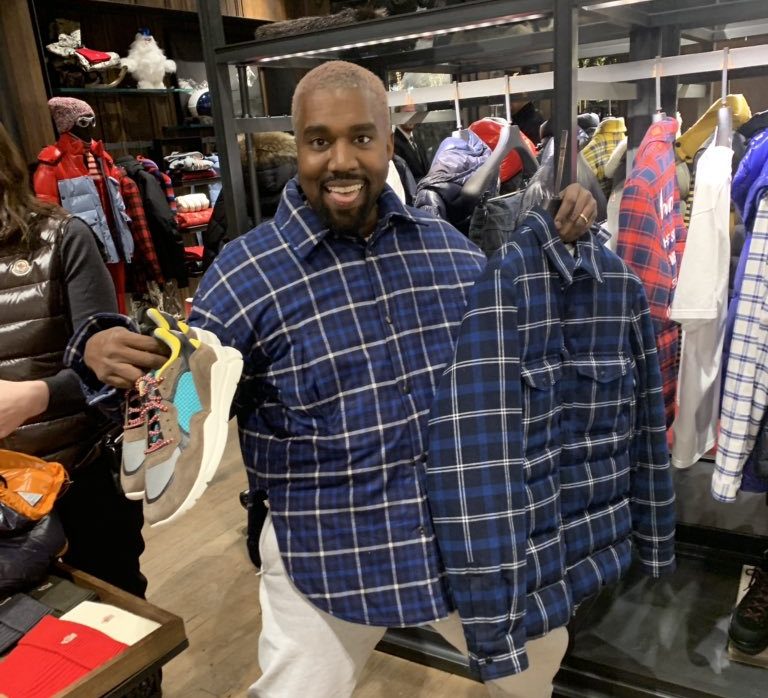 Kanye West seems to be up to his usual antics. During an appearance at Fast Company’s Innovation Festival on Thursday, the 42-year-old hip-hop superstar revealed that he is considering running for president in 2024 and plans to legally change his name to “Christian Genius Billionaire Kanye West.” But it didn’t end there. He also encouraged black Americans to stop voting for Democrats.

“When I run for president in 2024 — What y’all laughing at?” West said during a panel discussion as the crowd burst into laughter, according to CBS News. The mega-producer went on to clarify that he doesn’t plan to actually “run” for president. Instead, he said, “I’m going to walk.” West, who first revealed his aspirations for the White House while delivering a rambling acceptance speech at the 2015 MTV Awards, went on to dismiss critics who call him “crazy.” “What they’re saying is Kanye’s crazy — one and three African Americans are in jail and all the celebrities are in jail also because they can’t say nothing because they’re so scared,” he added.

During the 40-minute session, the avid Trump supporter advised black Americans: “Own your power. Your power is not to just vote Democrat for the rest of our lives. That’s not the power,” reports Page Six. He added, “The power is when I talk to my lawyer … I put on my trench coat and said, ‘We’re moving these factories to America, and that’s how it’s going to be’ — and it’s lovely.”

West’s support for the right wing is a far cry from his former left-leaning political views. Back in 2014, he stressed the importance of voting in the midterm elections and for Democrats in a series of tweets. “I’m supporting the Democratic tickets in these midterms,” he posted. The outspoken rapper also boasted about meeting with then-President Barack Obama with his wife, Kim Kardashian West.

Yeezy, however, took a hard right turn in 2018 when he shared pictures of himself sporting President Donald Trump’s “Make America Great Again” hat on Twitter. Since then, he has continued to voice support for Trump, who he described as a father figure who makes him feel like “superman” during an in-person meeting with the Commander-in-Chief at the White House.