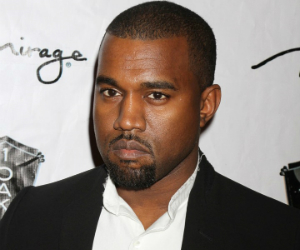 There was a time when rappers used clever wordplay and were commended for the metaphors used in lyrics. Nowadays, what was once considered noteworthy is now being more scrutinized today than ever before.

Kanye West is the latest rapper to be embroiled in controversy over lyrical wordplay that may offend some. On the song, “On Sight”, from the album Yeesus, he says, “Soon as I pull up and park the Benz / We get this b***h shaking like Parkinson’s.â€ As most people know, from the likes of Muhammad Ali and Michael J. Fox, shaking is one of the conditions of people afflicted with Parkinson’s Disease.

According to The Independent, this doesn’t sit well with Steve Ford, Chief Executive at Parkinson’s UK. He states, “Kanye West has shown an inexcusable level of stupidity and cruelty towards people living with an incurable condition.”

“Life with Parkinson’s is difficult enough without becoming fodder for insensitive celebrities who should know better, looking for their next big hit.”

Also, The American Parkinson Disease Association labels the song “distasteful and the product of obvious ignorance.â€