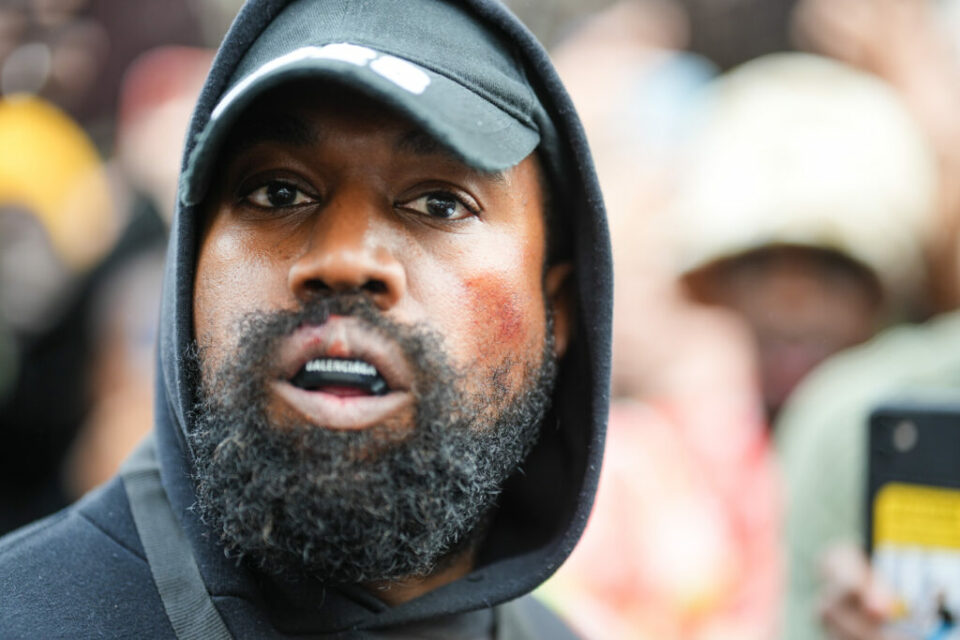 Disclaimer: This story has been republished with permission from Entrepreneur.com.

Ye, also known as Kanye West, has been a problematic public figure for years. From the time he wore a White Lives Matter shirt to the time he said slavery was a “choice” in a TMZ newsroom, Ye has always hidden behind the guise of “free thinking” to spread discrimination, alternative histories and controversy that pose a threat to diversity, equity and inclusion (DEI) as we know it.

Ye isn’t the only public figure leveraging media as a way to enable harmful “free speech.” After months of Elon Musk performing political theater around purchasing Twitter to reclaim “free speech” on the platform, Ye threw in his hat and offered to purchase Parler, a social media alternative to Facebook and Instagram.

Public figures like Ye and Elon are opening the floodgates for hateful speech and violence to arise. Given the red flags, why do brands continue to ignore the dangers of partnering with public figures with controversial pasts with DEI? My theory is they looked past harmful rhetoric and move forward with business contracts for one main reason: profit.

Brands put profit over ethics all the time and the consequences are often a tarnished public image and a growing distrust amongst consumers. Brands that have looked the other way are now in a situation where they have to publicly cut ties to protect their image.

Could brands have seen the red flags and denied a partnership with Ye from the beginning? Yes. Did they probably know the risks? Yes. Did they make the right choice to stick it out until it backfired? Only time will tell.

No matter what, it should not have taken years of hateful comments for brands to step away from Ye. His most recent anti-semitic comments unearthed a disturbing rise in hate crimes directed towards Jewish people in recent years.

The recent rise of anti-Semitism shouldn’t be ignored

Before Ye’s inflammatory comments about Jewish people, hate crimes against those in the Jewish community were at an all-time high. An estimated 1 in 4 American Jews say they experienced anti-semitism in the last year. In 2021 alone, there were a reported 2,717 anti-semitic incidents in the US. With such an obvious rise in hate crimes, why aren’t more DEI practitioners and businesses focusing on it?

My theory is that folks of Jewish descent have often been associated with “white people” and are grouped that way in national census data. Therefore, other minority groups may not know that Jews experience an elevated level of hate crimes. Other minority groups may be so focused on their own mistreatment and trauma that it’s hard for them to imagine why someone who is categorized as a “white person” would experience what they do.

The truth is that some Jewish people may have very different lived experiences depending on where they live, how deep their Orthodox traditions are, and how their lifestyles contrast with the surrounding culture.

Above all, we know Jewish folks have been persecuted for centuries with anti-semitism coming to a head in WWII with the forced relocation and violence against Jews from Germany and other parts of Eastern Europe.

Since then, Jewish folks have come a long way in owning high-yield businesses in banking, finance and the entertainment industry. No matter their economic status or position in the business world, they’re human beings and should be treated with respect without having to sacrifice their safety in the process.

With the rise of hate crimes against Jewish folks and the continual threats faced by women, racial minorities and other groups, there’s never been a better time for businesses to put a magnifying glass on the DEI practices of public figures and influencers who they wish to partner with.

Brands that partnered with Ye already knew he was controversial, but they were blinded by dollar signs and wilfully ignored his controversial history for profit. As a DEI consultant, I work with big and small businesses that are often straddling the line between profit and ethics. If your leadership team has to rethink working with a public figure because of their checkered past, take a pause and look at why that is.

It’s one thing to work with a public figure who had a controversial past, owned up, apologized and is ready to make amends. However, looking away and working with figures who continue to commit harmful actions and speech toward minority groups is the fault of brands that have chosen to ignore those red flags and assume the risk.

If the idea of working with a public figure triggers a gut check with members of your team because of the person’s past comments and actions, reconsider whether you want your brand to be connected to that person. The more we look the other way and fund figures whose comments create, perpetuate and prolong violence against another group, the more the brands that partner with them put their reputations at risk.

DEI red flags to look out for when considering partnerships with public figures include:

These red flags are obvious signs that the public figure your brand is about to work with has a problematic past that may harm your brand’s reputation and longevity in the future. So, beware.

Who your brand associates with can speak volumes. Let’s say your brand chooses to partner with Ye, Harvey Weinstein or others who have perpetrated harm against others and chose to show little to no remorse or desire to make amends. Your brand will face the consequences.

Loyal followers and customers may cancel your brand just for association with figures like Ye. It may seem unfair but it’s actually right on the money. Consumers today have a renewed interest in the ethics and honesty of brands and can see right through businesses that claim to be ethical or on the “right side” of justice but choose to associate with controversial public figures who do the opposite.

Of course, there is a difference between brands and their partners, but we know consumers are observing brands like Adidas, Balenciaga and Vogue very closely. Associations with public figures who have used racist, sexist, anti-semitic, transphobic and ableist language will be held accountable in the court of public opinion, and the consequences will be financial.

The best way to avoid the downfall of brands, their reputations and their profits is to be very choosy about who they partner with and be aware of the consequences that may result. Brands that have seen Ye’s controversial approach to DEI and made conscious decisions to ignore it now see their reputations tarnished with the memory of his anti-semitic comments and distasteful behavior.

On social media, the response to Ye’s recent anti-semitic comments has been resounding. People from all walks of life and areas of influence condemn his comments and the result is, finally, the businesses, projects and partnerships he’s built are crumbling. As painful as it is to see folks fall, sometimes hitting rock bottom and letting the rug be pulled out from underneath someone is the only way for them to learn the gravity of their actions.

I’m not naive. I don’t expect Ye to change his hateful speech and rhetoric overnight. But I do hope he really feels the financial and social repercussions and that he chooses to move forward more mindfully with his platform. He, perhaps more than many other celebrities and public figures, should know that no matter how rich, famous or influential a person is, there is no escaping the consequences of hate speech and the price to be paid will likely be bigger than they could have imagined.

It’s up to individuals, brands and businesses to have a stance and express boundaries around hate speech — to not only condemn it but to commit to withholding support from those who practice it. An overt stance on DEI will signal to public figures that if they want to make music, art, do business or work in political spaces, there is a code of conduct they must adhere to with DEI and respect at the root. They should know that businesses and individuals will not work with them if their hateful rhetoric continues, no matter how much profit is on the line. Only through consequences will we see a change in how long public figures like Ye thrive in the business world. Public figures should only be able to thrive if their comments are rooted in respect for diversity, equity and inclusion. Not the opposite.

I’m not here to criticize Balenciaga, Vogue and Adidas for initially making a financial decision to partner with Ye in the first place. However, I find it surprising they failed to calculate and anticipate the social price they would inevitably pay for doing business with a figure who offends so many. Whether you’re a big or small business, keeping DEI at the forefront of your work will not only protect you from situations like the one we see with Ye but will also help you thrive in the long run. Don’t be a business blinded by the red flags of public figures because your mind is focused on the money.

Be discerning about the long-term consequences of partnering with problematic figures. Brands should think about how even one bad partnership with a very high-profit outlook can have devastating impacts on their reputation for years to come. Consumers, followers and others will begin to see brands as co-conspirators of hate speech and rhetoric as a consequence of their partnerships with controversial public figures.

Now is the time to put DEI first and make business decisions that are truly on the right side of justice. Use DEI as a tool to be discerning about who you work with and why. Only then can brands that wish to last a lifetime and remain influential stand the test of time in a world increasingly focused on ethics, justice and equity.