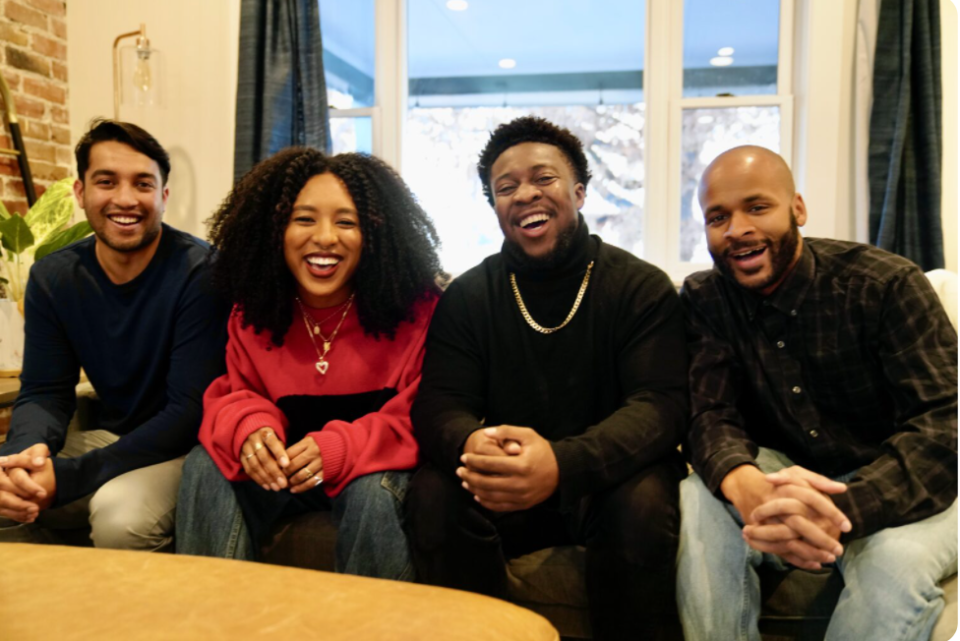 Kayla Michele, a Disney Dreamer of the 2013 class, is the Co-Founder and COO of PeduL, a diversity recruiting marketplace that enables employers to source and attract a curated pipeline of competitive, diverse candidates whose skills match job requisitions.

The meaning behind the business name admirably incorporates the organization’s mission; at the center of their work is education, which Michele and her team believe is the bridge between ‘P’ – purpose and ‘L’ – life. PeduL wants to close the gap to access to education and create the link to career opportunities for all job seekers.

The idea for PeduL developed from a conversation that Michele had with a college friend Chisa Egbelu while they were students at Rutgers University. They witnessed their friends struggle to land gainful employment at notable organizations like Google and NBC Universal. At the same time, those companies found it challenging to recruit diverse talent.

Michele is cognizant that employment compliance laws prohibit companies from posting a job listing requesting only specific individuals from a minority group apply for that particular position.

She and her business partner developed a “diversity hack” solution and created scholarships for a particular candidate profile. Once the candidate accepts the scholarship, they receive an internship or full-time job at the company that offered the scholarship.

Since 2020, PeduL has helped over 20,000 underrepresented minority students from colleges and universities across the country pursue meaningful careers at companies like Audible, ViacomCBS, Capital One Bank, and Synchrony Financial.

Michele led a section of the Disney Dreamers Entrepreneurial Deep Dive and told the students how DDA changed her mindset in how she perceived herself.

“I decided to start this stupid phone case company which taught me so much about failure. If nothing else, it taught me that ‘failing to act because of failure is guaranteeing the failure being feared.’ [The phone case company] taught me every lesson that I needed to learn about being an entrepreneur, from marketing to sales, operations, project management, inventory. Then I realized consumer product goods is not what’s meant for me; I don’t want to deal with inventory,” Michele told the dreamers.

She further explained that she had to discover her passions for her next business venture. She realized that what energizes her the most is speaking to young people and college students of color and serving as a catalyst to help them tap into their potential, which led her to establish PeduL.

Michele said that PeduL first started as a crowd-funding platform when she was a junior in college. Still, she spoke to different students and engaged in the customer development process, “I realized I was too obsessed with the solution and not obsessed enough about the customer or the problem that I was solving,” she imparted.

“I realized after a year and half of doing interviews that I was catering to a specific audience which happened to be a middle-class, Caucasian audience that happened to have a network with money. So they had the uncle or the aunt that they could tap into for that $500 or $1000 donation towards their campaign; it was awesome because they were able to raise 7 million dollars for the first eight months, which was great, but I started this for my friends who represented me. I was like, why are all the Black and Hispanic kids not getting the same value that everybody else is on the platform,” she added.

She returned to the drawing board and reassessed the audience that she wanted to help. She asked herself what her mission was, the problem her audience was facing, and how can she create a solution that served them? Once armed with this newfound awareness, her company could bring in one million dollars in 2021 by working with various companies.

She conveyed a few takeaway points to the dreamers based on her entrepreneurial experience, her time spent at Disney Dreamers, and other speakers’ expertise.

“The idea of the law of now is gathering a bunch of data that is available to you, making a decision, and then taking immediate action on the decision before your brain has time to disrupt you and tell you why you can’t do it.”