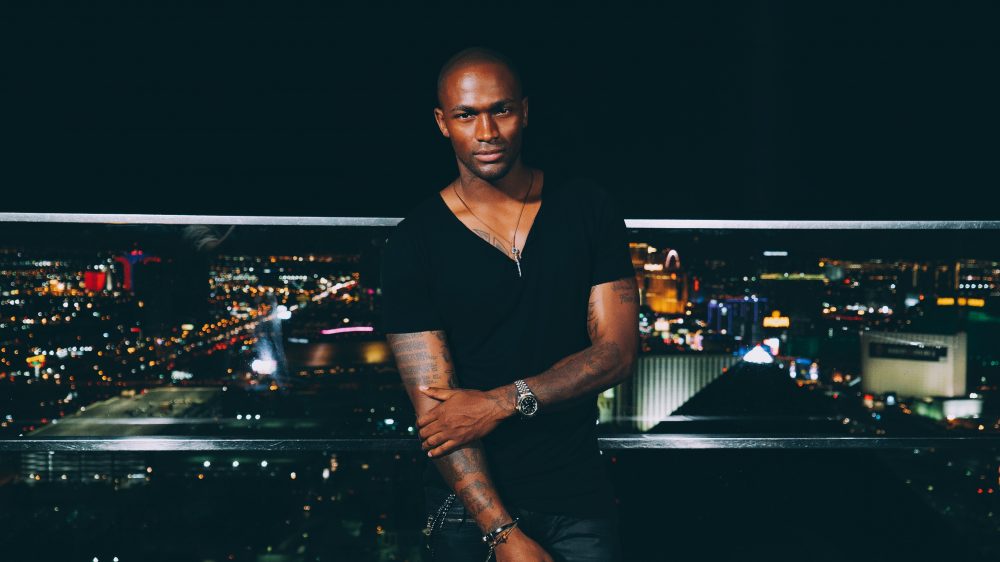 Model and actor Keith Carlos grew up in Bridgeport, Connecticut, in a neighborhood ravaged by poverty, gangs, violence, and drugs. He overcame adversity to become one of the most sought-after models in the country and is now using his talents to make his mark as an actor on film and television, and one of the top influencers in the modeling game.

“When people hear Connecticut, they think T-Balls, and white picket fences; well that wasn’t my case,” stated Carlos. “Bridgeport is actually the ninth most dangerous city in the United States. It was really tough growing up in that environment. My mother was incarcerated, she was sentenced to fifteen years and my father wasn’t in the picture at that time and later passed away.”

Earning “Athlete of the Year” honors at the completion of his days playing high school football at Bridgeport Central, Keith went on to play for Purdue University, which eventually led to his NFL career. The wide receiver played for the Philadelphia Eagles and New York Giants before an injury forced his transition from the football field to the runway.

Keith embraced life’s challenges by launching his new-found career on International Supermodel Tyra Banks‘ hit show, America’s Next Top Model cycle 21. The show aired worldwide, providing fan support needed to ultimately win the competition. As the first male to ever win America’s Next Top Model, he went on to land a contract with NEXT Models. Shortly afterward, he was featured in major advertising campaigns as well as gained leading acting roles in films, music videos, and TV shows such as the CBS soap opera, The Bold and The Beautiful; Cardi B’s music video of her popular song “Be Careful;” and the lead role in Chocolate City: Vegas, playing opposite veteran actors Vivica A. Fox and Mekhi Phifer.

Watch the full episode of Carlos’ inspiring journey and witness a day in his life as he takes over the MGM properties with three other notable influencers: food stylist and blogger Megan Hysaw; model and beauty entrepreneur Tatiana Elizabeth; and model, rapper, and actor Don Benjamin.