Keke Palmer Shuts Down Colorism Conversation Comparing Her To Zendaya 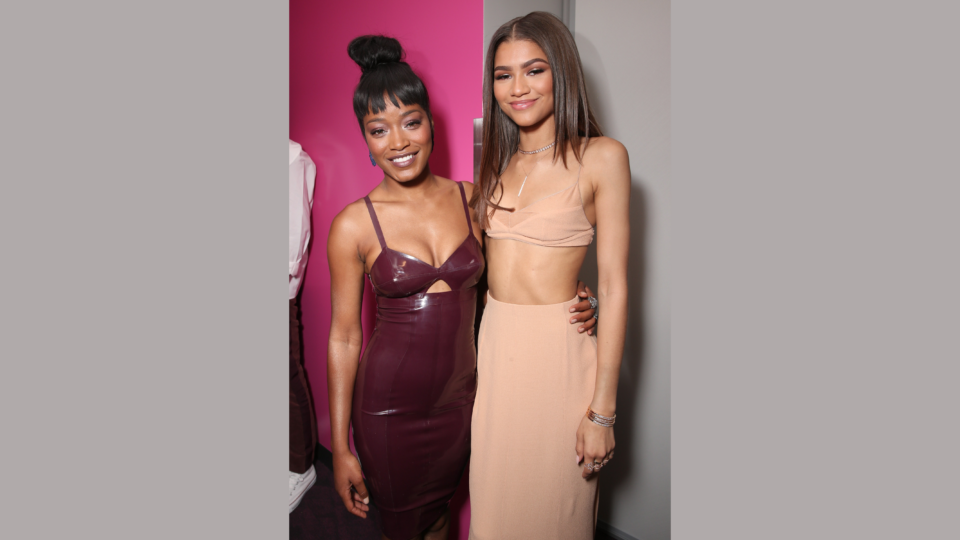 LAS VEGAS, NV - MAY 22: Keke Palmer and Zendaya backstage at the 2016 Billboard Music Awards at the T-Mobile Arena on May 22, 2016 in Las Vegas, Nevada. (Photo by Todd Williamson/BBMA2016/Getty Images for Billboard)

Keke Palmer seemingly shut down a discussion on Twitter that wanted to dissect the trajectory of her career compared to Zendaya.

On Saturday, a Twitter user questioned the mainstream popularity of the two women; Palmer stars in Jordan Peele‘s latest suspenseful film Nope, and Zendaya, who has won an Emmy for her work on HBO’s drama series Euphoria. Many were contrasting the success of the two actors based on colorism, according to Hello Beautiful.

However, the discourse also suggested that the two actors serve as “one of the clearest examples of how colorism plays out in Hollywood.”

While both started their careers as child stars and Palmer has accumulated more acting credits, Zendaya has experienced mainstream success in a shorter period of time. Palmer’s fans believe that she deserves the same adulation and hype bestowed upon Zendaya, TMZ reports.

Understandably, Palmer doesn’t want her accomplishments overshadowed by the issue of colorism and firmly rattled off all her accolades to emphasize that her skin complexion has not prevented her notable achievements.

A great example of colorism is to believe I can be compared to anyone. I’m the youngest talk show host ever. The first Black woman to star in her own show on Nickelodeon, & the youngest & first Black Cinderella on broadway. I’m an incomparable talent. Baby, THIS, is Keke Palmer.

I’ve been a leading lady since I was 11 years old. I have over 100+ credits, and currently starring in an original screenplay that’s the number one film at the box office #NOPE. I’ve had a blessed career thus far, I couldn’t ask for more but God continues to surprise me.❤️

Yet, Zendaya does recognize the privilege she holds by being of a fairer complexion, and has publicly said that she wants to use her opportunity to uplift the Black community within Hollywood, according to The Hollywood Reporter.

“I think it’s important being a light-skinned woman to recognize my privilege in that sense as well and make sure that I’m not taking up space where I don’t need to,” says @Zendaya. Watch more from the Drama Actress #THRRoundtable here: pic.twitter.com/RS5dj2k7kJ

Palmer’s resume is full of hitters, with credits for the title role of Nickelodeon’s True Jackson, VP,  Akeelah and the Bee, Scream Queens, Hustlers, and voicing a character in this year’s Pixar film Lightyear, according to The Hollywood Reporter.