Ken Griffey Jr. to Be Inducted Into Baseball Hall of Fame 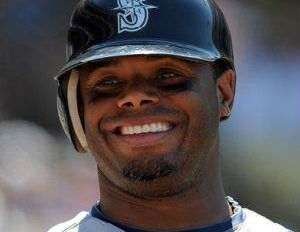 Ken Griffey Jr. topped the ballot last November, and now he has officially been elected into Baseball’s Hall of Fame, garnering 99% of the votes, according to reports.

“I can’t be upset. It’s just an honor to be elected and to have the highest percentage is definitely a shock,” Griffey told ESPNÂ on a conference call. “In case you don’t know, I’m really superstitious,” he said. “I’ve played in the Hall of Fame game three times, and I’ve never set foot in the building. I’ve never even seen the front of it. The one time I wanted to go in there, I wanted to be a member.”

He played outfield for three teams over 22 seasons between 1989-2010, but had standout career moments with the Seattle Mariners.

Not only was he one of the best centerfielders of all-time, but also one of the best all-around players the game has ever witnessed. He will be celebrated and remembered as a player that dominated the ‘steroid era’ without ever being connected to cheating.

Why Blacks Shouldnâ€™t Panic About The Stock Market Sell-Off