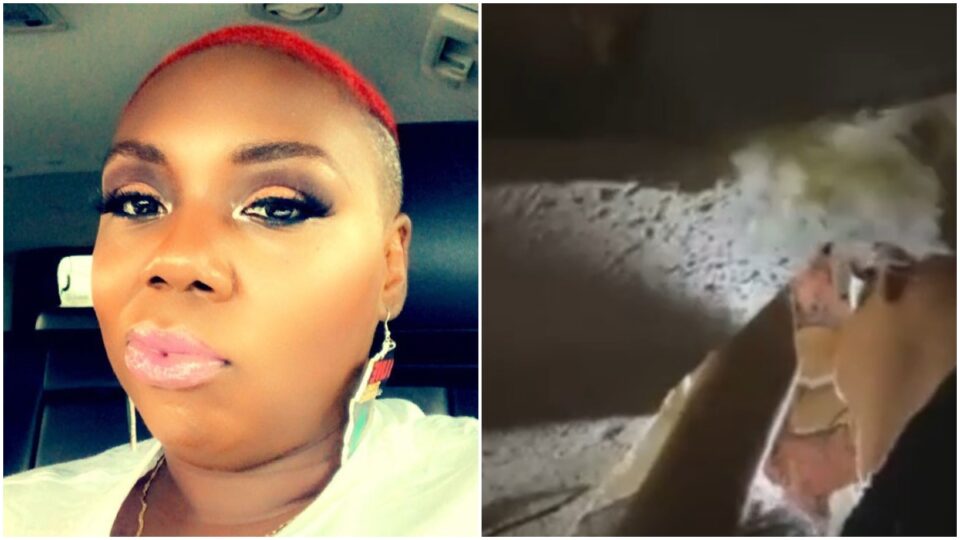 As a tornado approached Mayfield, KY, Friday night, workers at the Mayfield Consumer Products factory thought of leaving and heading to the safety of their homes.

However, supervisors at the factory threatened to fire workers if they left. NBC News reported as many as 15 employees asked managers to let them ride out the storm at home, only to have their requests denied—plus threatened with termination.

Some left anyway. Others, including Kyanna Parsons-Perez, didn’t. When the tornado caved in the roof of the factory, it killed eight people and left Parsons-Perez under five feet of debris.

Parsons-Perez, who has been working at the factory for just over a month, told Business Insider how “everything just collapsed on her” while she was working Friday night.

“I was suddenly stuck under a lot of debris,” Parsons-Perez said, adding that an emergency responder told her she was stuck under multiple feet of debris. “What really hurt was that my body was in a very awkward position, there was a water fountain on top of my legs. It had them pinned down.”

Parsons-Perez added the pain was so unbearable that after a while she couldn’t feel her legs and she began to panic. However, she tried to keep her composure for a coworker who lost consciousness.

McKayla Emery told NBC News from her hospital bed that workers began asking to leave around 5:30 p.m. when tornado alarms began ringing outside the factory. Emery added she decided to stay and earn overtime pay, but supervisors and team leaders told workers if they left it might jeopardize their careers.

“If you leave, you’re more than likely to be fired,” Emery overheard managers telling four workers standing near her who asked to leave. “I heard that with my own ears.”

In addition to collapsing the roof of the factory, the tornado wrecked the cars in its parking lot and came at a time when holiday shopping was already difficult—prices are increasing for just about everything.