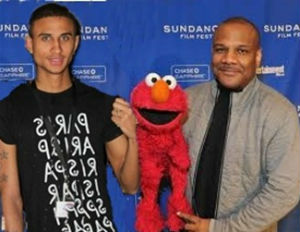 The man who accused 54 year old Elmo puppeteer Kevin Clash of having sex with him when he was underage, and then recanted the next day, is a 5′ 10, 24-year-old model named Sheldon Stephens who lives in Harrisburg, Pennsylvania, according to the Smoking Gun.

Stephens has been arrested several times since 2009 for offenses such as writing a bad check and reckless driving. The most serious charge he caught was for the knifepointÂ robbery of $250,000 in jewelry from a music manager for whom he interned.

Read more at the Smoking Gun.