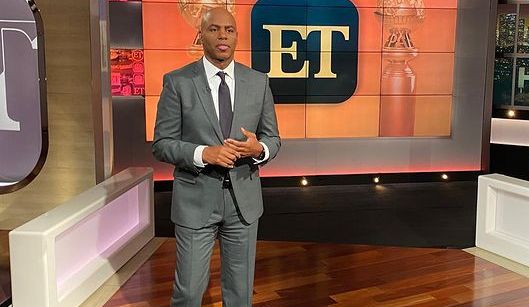 Entertainment Tonight host Kevin Frazier suggested Black women educate talk show host Sharon Osbourne on racism and that didn’t go too well with many people. Frazier came to this conclusion after conducting an interview with The Talk co-host about her heated on-air discussion with her co-host Sheryl Underwood.

On his since-deleted Instagram post, Frazier tagged Amanda Seales, Meghan Markle, Sheryl Underwood, and Holly Robinson-Peete to arrange a “summit” to discuss because he felt Osbourne “is ready.”

Once Seales saw the post, she had a few choice words for Frazier.

In part, Seales said, “It is not the responsibility of Black folks to educate white folks on how they cannot be trash ass folks. OK, they [bleeping] made up racism. Why the [bleep] we gotta teach you how to not be racist,” she asked in a five-minute rant. “To expect us to do that and to, as a Black person, try and rally up folks into that space is, one, just foolish and also not respectful of our time and of our energy.”

After getting major backlash, Frazier went back to Instagram and tried to clarify his intentions.

“Listen, I was suggesting that there be a place, in the mainstream where people (like Sheryl and Holly) could actually express their feelings without being muted or muzzled (and I can tell you that there were people who worked to mute Hollys voice after she left). That in the same arena where the transgressions occurred that they could be corrected.
“We are rarely given an opportunity to speak freely in those forums. The people I mentioned and the voices I suggested are people who I think have something important to say. Unfortunately that message was not delivered or received well. Ok… As for my interview with Sharon, it was 90 mins long and there was a lot said that was not reflected in what made the air. It also was done before the latest article detailing other transgressions. That has been addressed.