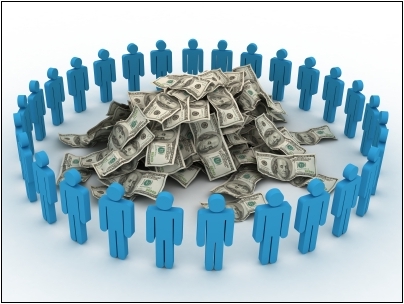 Kickstarter, the platform creators use to seek financial backing for their projects, released breakdown data of 2014 trendsÂ thatÂ many will find useful. According to the report, last year 22,252 projects were successfully funded withÂ $529 million in pledges, equaling more than $1,000 a minute. The category with the most funded projects was music (4,0009), and film and video came in second with 3,846 projects.

Based off of the data, technology projects received the highest dollar total, $125 million, in pledges. Journalism received the least, $1.9 million, but it should be taken into consideration that the category was not added until June.

Over three million people from all over the world supported Kickstarter, and 2,202,171 of them were first time sponsors. Over 770,000 people backed more than one project; 71,478 backed more than ten projects; and 1,125 Â backed more than 100 projects.Â The United StatesÂ backed the highest dollar amount atÂ $335.5 million. Other countries pledged significantly less. Canada wasÂ the secondÂ highest ofÂ $27.65 million.

People were more likely to pledge on Wednesdays, as the data reveals this mid-week day ranked first with 1,111,338 backings. The day with the least number of pledges was Sunday (649,634). Early afternoon, around 1:00, proved to be the most popular time for pledgers to donate, and then numbers took a gradual decline until 8:00p.m, when numbers picked back up, until they fell again at 10:00p.m.

The data goes as far as the exact hour with theÂ most pledges, according to dollar amount. March 12th from 11a.m. to 12p.m. pulled $110Â per second,Â $400 for the hour.Â The report reveals that this is the same 24 hours that famous musician Neil Young launched his Pono project.

View the report to see the numbers broken into graphs, and also check out this resource for things black people should know about crowdfunding.