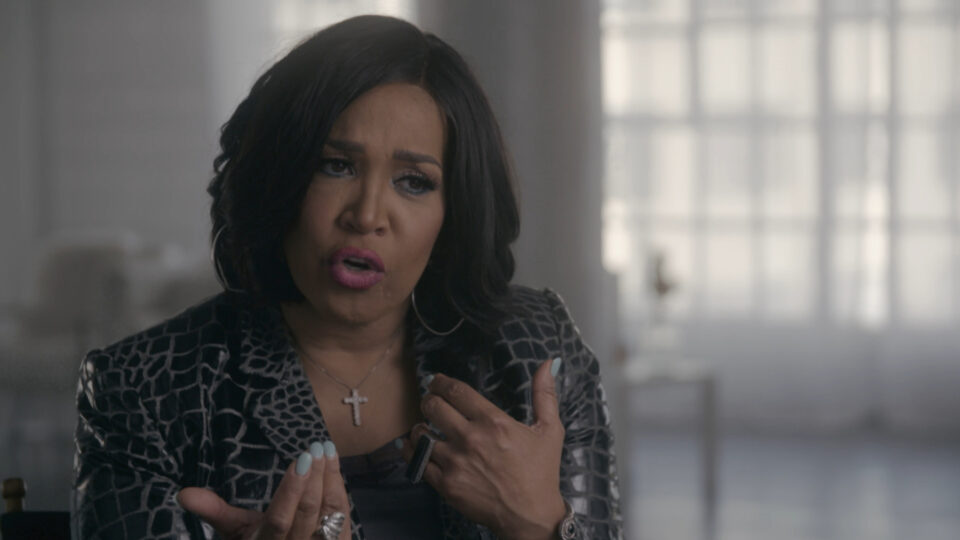 The hit autobiographical series UNCENSORED explores the lives of your favorite personalities as they provide first-hand accounts of their success and the obstacles they faced throughout their careers. The next episode stars actress and comedienne Whitley who born and raised in Cleveland, Ohio and Khartoum, Sudan.

Whitley will be featured on an episode this Sunday and she drops some real tea about actress Mo’Nique asking for her blessing to date Whitley’s longtime boo, the late Gerald Levert. Whitley said that she and Levert had a longtime relationship/friendship.

Whitley admits that she and the singer who died in November 2006 had plans to ultimately get married.

Also a few weeks back Marlon Wayans opened up about why he has refused to get married, citing that he always wanted his momma to be his number one gal.

Well, seems like he just had a lot of love to go around. According to the actress Wayans is “blessed” in more ways than one.

Here’s a clip where she dishes on Wayans’ “excessive junk.”

Growing up, Whitley was a clever and creative child, but she didn’t realize she wanted to be a performer until she went to college at Fisk University. Kym’s family was doubtful, but supportive of her acting career. It was their doubt that fueled her to make the leap to Hollywood. While waiting for her big break, she worked as a Soul Train Dancer, a teacher, and she was also hired as Arsenio Hall’s assistant.

Kym landed her first acting role when she was cast for the television show Vinnie & Bobby in 1992. After that, the roles continued to trickle in, starting with Nickelodeon’s first black sitcom, My Brother & Me. She appeared on Martin, The Parent ’Hood, and Married With Children before landing her first role as a series regular on the show Sparks in 1998. As Kym continued her rise in Hollywood, she added stand up comedienne to her resume. Kym’s first big movie was Ice Cube’s Next Friday in 2000. In 2011, She adopted her son Joshua, chronicling her journey as a new mom on her own show, Raising Whitley.

In 2020, she joined her friend and fellow comedienne Sherri Shepherd to release the podcast, Two Funny Mamas. More recently, Kym can be seen on Twenties or comedy tours around the country.

This Sunday, the star is telling all about her journey to fame and success on UNCENSORED.

This season, some of today’s most notable personalities tell their story in their own words including super producer Swizz Beatz, R&B singer Anthony Hamilton, acclaimed actress Lynn Whitfield, singer and actress Raven-Symoné and more!