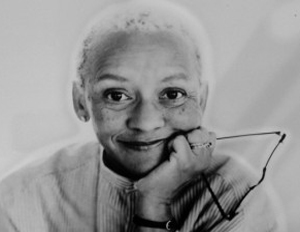 In a special series, BlackEnterprise.com highlights female leaders in industries from media, to business, to education to healthcare. These women have all held the honor of being Black Enterprise Women of Power Legacy Award winners.

Nikki Giovanni’s accolades fill a long list of love. Ranging from being inducted into the Ohio Women’s Hall of Fame to receiving Governor’s Awards from Virginia and Tennessee, and being named one of Oprah’s twenty-five living legends, she holds twenty-five honorary degrees and more than two dozen keys to cities. All of this led her to become a proud recipient of 2008’s Black Enterprise Women of Power Legacy Award.

Giovanni’s work as a writer, poet, activist, educator, and commentator resonate through her dedication to the black experience. In writing and lectures, her commitment and loyalty to fighting for civil rights and equality has made her one of the visionary voices of the black community.

Born in Knoxville, Tenn., and raised in Cincinnati’s all-black Lincoln Heights, her grandfather’s influence led Giovanni to attend his alma mater Fisk University. After graduating with honors, this award winning trend followed her to studies at the University of Pennsylvania and Columbia. In 1968, she released her first book of poems, Black Feeling, Black Talk, filled with powerful verses that deemed her the Princess of Black Poetry. But the title “Queenâ€ would have been more fitting since Giovanni’s writing in print and her lyrics via spoken word grew to legendary acclaim with NAACP Image Awards, Grammy nominations, and Los Angeles Times Best Seller lists. Her autobiography , Gemini, was a National Book Award finalist. Touching and teaching the babies, her children’s book Rosa, about the life of Rosa Parks, became a Caldecott honoree reaching #3 on the New York Times Bestseller list.

Still traveling the world today, speaking out on the injustices across the globe against women and people of color, she radiates triumph over pain by chronicling black life through the eyes of a sister observing America. Nikki Giovanni continues to inspire, empower and bring fire to poetry and prose through the power of her pen.