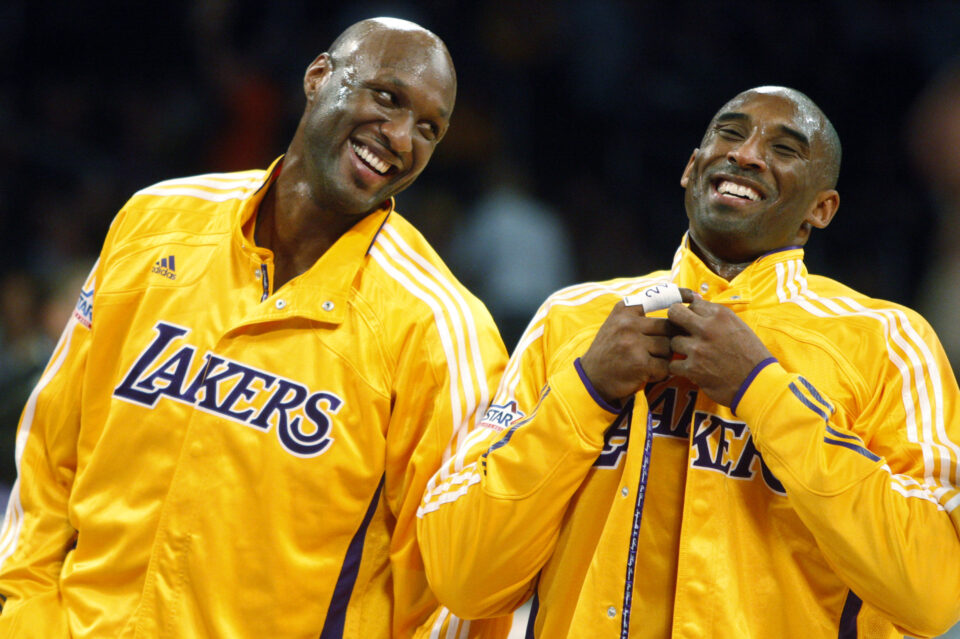 Lakers teammates Lamar Odom and Kobe Bryant share a light moment before the start of a game against the Minnesota Timberwolves on Tuesday, Nov. 9, 2010, at Staples Center. (Photo by Luis Sinco/Los Angeles Times via Getty Images)

Although he is more known as a reality TV star and ex-husband of Khloe Kardashian, former basketball player Lamar Odom has recently revealed that a former teammate speaks to him in his dreams.

TMZ Sports caught up to Odom,  where he shared that his deceased former teammate and NBA Hall of Famer Kobe Bryant “comes to me in dreams.”

The two players were friends off the court, having played together for the Los Angeles Lakers from 2004-2011. They won consecutive championships in 2009 and 2010.

The media outlet ran into the NBA champion last week at Los Angeles International Airport, where he was seen wearing a Kobe and Gigi tribute pendant that he received as a present earlier this year. He mentioned that he “often” speaks to Bryant in his dreams, frequently encouraging Odom to keep fighting and giving him advice.

“[He’s] just talking to me all the time,” Odom said. “‘Hang in there. Keep fighting.’ A lot of s***.” Odom said that his dreams with Bryant typically involve the two of them shooting around, sometimes even in actual games.
“His spirit, it’s so strong. To me, he’s like not too far away. Especially when you’re dreaming of someone, and they talk to you in that dream, you’re definitely going to remember it.” As he still feels the presence of his friend, he states that Bryant still inspires him to this day. He said Bryant is a big reason he loves flying into Los Angeles.“It’s crazy,” Odom said. “That’s why I love coming back to L.A., too. I feel him.”

Some considered Bryant one of the best players to make it to the NBA. He played his entire 20-year NBA career with the Los Angeles Lakers. He was a five-time NBA champion, a two-time Finals MVP, and the league’s most valuable player in 2008. The 41-year-old basketball legend died in a helicopter crash in Calabasas, California, along with his 13-year-old daughter, Gianna, and seven other people on Jan. 26, 2020.