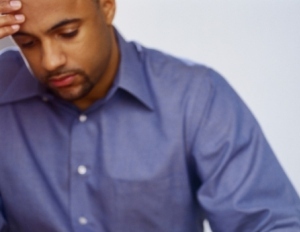 Millions of taxpayers received a rude surprise when they got their tax bill last year. Federal income taxes, payroll taxes and capital gains taxes went up and deductions went down for self-employed individuals earning more than $200,000 a year.

To avoid these unwelcome tax bills for 2014, high-income self-employed taxpayers – as well as others who earn six-figure incomes from side work such as consulting and speaking – can save tens of thousands of dollars on federal taxes while quickly accumulating significant retirement savings by setting up an IRS-approved Defined Benefit (DB) retirement plan, according to Karen Shapiro, CEO of Dedicated Defined Benefit Services, LLC, a leading “Micro” DB plan administrator in the U.S.

Defined benefit plans once were the primary retirement plan offered by large employers, but they are now one of the best ways for the high-income self-employed, such small business owners, doctors, and consultants – to save on taxes and save for retirement, Shapiro explains. To take advantage of these plans for this tax year, taxpayers must set them up by December 31, 2014. But DB plans can be funded up to 8Â½ months after the end of the tax year if you file extensions.

DB plans allow the highest IRS-approved retirement plan contributions, and because the plan sponsor is usually the only participant, the higher the contribution, the better, adds Shapiro. Shapiro cites for example a 52-year-old marketing consultant who expects to earn $250,000 in 2014. If he only uses a SEP retirement account to lower his taxes, he can contribute up to $47,800 and save about $18,000 in taxes. But by opening a DB plan, he can contribute up to $108,000 for 2014, deferring $41,000 in taxes while accumulating an estimated $1.5 million in retirement savings if he keeps contributing until age 62.

DB plans are a great alternative for sole practitioners, mom-and-pop businesses and small companies with only a few employees. They make sense for physicians as well since they are often high-earners with few regular employees. Other common DB plan sponsors include consultants, attorneys, contractors, entertainers, franchise owners, software engineers and real estate agents. DB plans may also be advantageous for working spouses of high-earners or employees who also earn a side income (such as speaking fees).

Business owners who are interested in opening a DB plan can calculate their tax and retirement savings at www.onepersonplus.com/smallbusiness/pen.html. Moreover, even though it’s called a “defined benefit” plan, it doesn’t have to stay that way at retirement or plan termination. Taxpayers can roll it over into an IRA, allowing the assets to keep growing tax-deferred until withdrawal.

Despite their obvious advantages, some taxpayers have been hesitant to open DB plans because they don’t know how they work. But Shapiro points out that there is a lot of flexibility in setting up the plan and deciding how much to contribute.