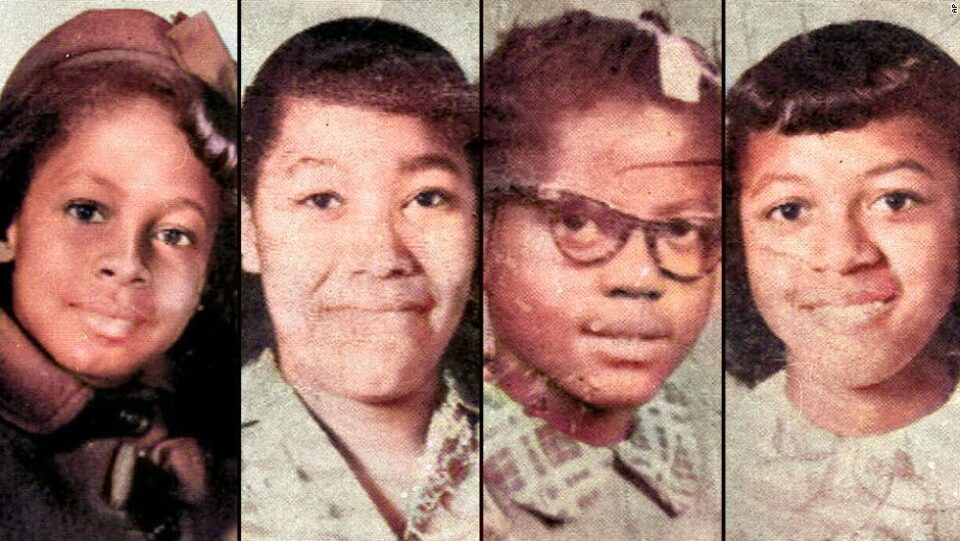 Maxine McNair, the last living parent of the four little girls killed in the terrorist bombing of a Birmingham, Alabama, Black church in 1963, has died at 93.

McNair was the mother of the youngest girl killed in the bombing of Birmingham’s 16th Street Baptist Church, one of the deadliest attacks of the civil rights movement.

Denise McNair, 11, Addie Mae Collins, Carole Rosamond Robertson, and Cynthia Dionne Wesley (all 14) died in the bombing. The four girls were in a downstairs bathroom in the church on Sept. 15, 1963, when a timed bomb planted under an outside staircase went off. The fifth girl, Sarah Collins Rudolph, survived but was blinded in one eye. However, that didn’t deter her from testifying against the three men.

Three members of the KKK were convicted for the bombing, but it took until 1977 for one and the early 2000s for the other two. A fourth man involved in the bombing died in 1994. The bombing came during the height of the civil rights movement and while schools in Birmingham were being desegregated

Maxine McNair worked as a teacher in Birmingham’s public school system. Her surviving daughter, Lisa McNair, told NPR her mother changed many lives through her years as a teacher and left a lasting legacy with the students she taught.

“Mrs. McNair was an amazing wife and mother, and as a teacher of 33 years in the Birmingham public school system imparted knowledge in the lives of hundreds. We are going to miss her laughter and her humor. The family would appreciate all of your thoughts and prayers,” the family’s statement said.

In 2013, former President Barack Obama awarded each of the four girls a Congressional Gold Medal, one of the highest civilian honors.

Birmingham Mayor Randall Woodfin praised McNair’s time as a teacher in the city, contributing to the education of thousands.

“Mrs. McNair was a matriarch of social justice in our city, an incredible wife and mother who imparted love and wisdom on hundreds of young minds while serving 33 years in the Birmingham public school system,” Mayor Woodfin said in a post on Facebook.