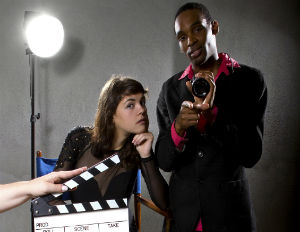 The San Francisco Latino Film Festival, presented by Cine+Mas SF, opens its official call for entries to filmmakers of all levels for the 8thÂ edition of its annual festival, which takes place September 16-23 in San Francisco and surrounding Bay Area communities.

SF Latino Film Festival encourages submission of films in any format and genre, feature length, mid-length, short, documentary or fiction. Films with Latino production teams and/or cast, or films made in Latin America or with U.S. Latino/Latin American themes will be accepted. You don’t have to be Latino to participate.Â Films produced in Latin America can submit at no charge; theÂ entry form can be foundÂ online.

“Every year we present some really great films from near and far that we hope the public will love as much as we do. Whether it’s an experimental film from El Salvador, an animation film from Brazil, or a doc about Latino images in the media from New York–they all add to the compelling line-up that audiences have come to expect,” stated Lucho Ramirez, Cine+Mas SF founder and executive director.

This is the 8th annual independent festival for Cine+Mas, a year-round film organization that caters to a diverse U.S. audience with online content, Latino focused SF area screenings and partnerships organized by Ramirez with communications handled by founding partner Virginia Chavez. The Cine+Mas SF Latino Film Festival showcases the work of emerging and established filmmakers. It is a celebration of the latest work coming out of the 20+ countries which share a bond.

“We give filmmakers that might not otherwise have the opportunity to show their film on the silver screen an opportunity to tell their stories to our innovative and influential SF Bay Area audience,â€ Chavez said in an official statement.

As a community supported event, Cine+Mas SF invites collaborators to participate in our cornerstone annual event, whether as filmmakers, sponsors, donors, producers or volunteers. This includes other communities of color.

The arts have been one area that has embraced the Afro-Latino connection from film to theater to music. This makes perfect sense from a financial and cultural standpoint since it’s estimated that between 10% and 80% of Latinos who hail from countries like Cuba, the Dominican Republic, Colombia, Panama, Venezuela, Belize, and the U.S. territory of Puerto Rico have African ancestry. There have always throughout history been attempts by Latinos and African Americans to forge economic, political, and social alliances, yielding some soul stirring results.

VisitÂ http://SfLatinoFilmFestival.orgÂ for more information about the SF Latino festival and ways you can participate.