Lauryn Hill Pays Her Tax Debt Before Her Sentencing 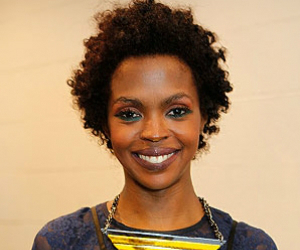 Lauryn Hill may not face jail time after all.

It’s being reported that Lauryn Hill has satisfied the judgement against her. She was scheduled for sentencing today in U.S. District Court in Newark, New Jersey on three charges of failing to file tax returns on more than $1.8 million between 2005 and 2007. Based on that amount, she reportedly owed at least $504,000 in federal and state back taxes and penalties that brought the total to more than $900,000.

“Ms Hill has not only now fully paid prior to sentencing her taxes, which are part of her criminal restitution, but she has additionally fully paid her federal and state personal taxes for the entire period under examination through 2009,â€ her attorney, Nathan Hochman, said in an email.

The singer has just released a new single, “Neurotic Society,â€ last week and is posted on iTunes.