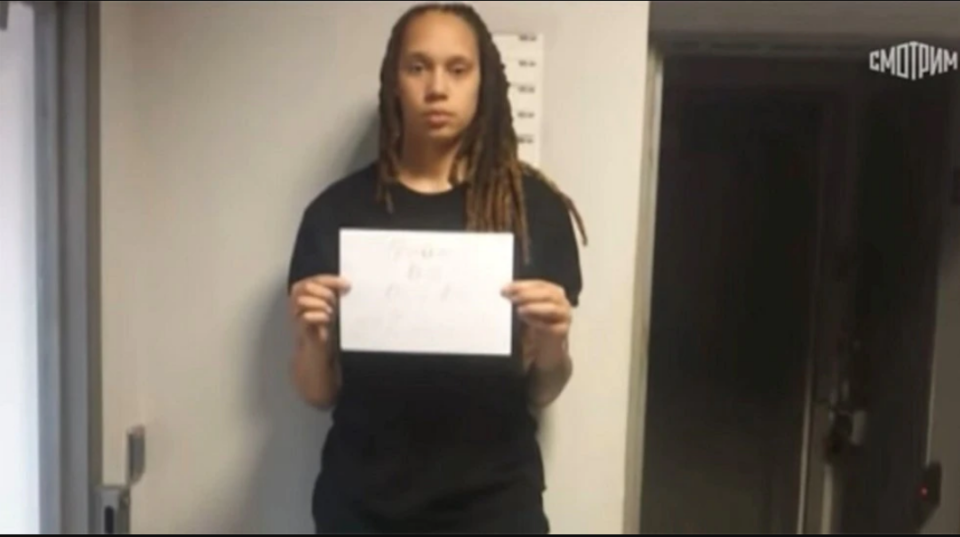 Family and friends of WNBA forward Brittney Griner are desperate for her release after she was detained in Russia on drug charges last month.

CNN reports Griner, 31, who plays for the Phoenix Mercury in the summer and plays in Russia for UMMC Ekaterinburg, has been detained since last month after the Russian Customs Service said they found cartridges of hash oil in her luggage. CNN also released a video of Griner at the airport and her booking photo on Twitter.

“The customs inspection of the hand luggage being carried by the US citizen confirmed the presence of vapes with specifically smelling liquid, and an expert determined that the liquid was cannabis oil (hash oil), which is a narcotic substance,” the Customs Service said in a statement.

The 6’9” forward has won a championship in the WNBA and has spent the past seven years playing in the Euroleague in the winter, where she makes $1 million per season and in 2021 won a Euroleague Women’s Championship with UMMC Ekaterinburg.

In 2015, UMMC Ekaterinburg paid former UConn star Diana Taurasi more than $1 million to skip the WNBA and rest for the Euroleague season, which she did.

The news of Griner’s detainment comes during a contentious time for the U.S. and Russia due to the invasion of Ukraine. The U.S. has placed heavy sanctions on Russia following the invasion, but Russian President Vladimir Putin has remained steadfast, calling the sanctions “equivalent of a declaration of war.”

According to several people with knowledge of the situation, it’s unclear exactly when she was detained, and a member of the US House Armed Services Committee told CNN, “It’s going to be very difficult to get Griner out of Russia.”

Members of the Congressional Black Caucus met with President Joe Biden Monday. Griner is not only a Black female far from home, but she is also part of the LGBTQ community, and Russia has almost no protections against LGBTQ discrimination.

A petition for Griner’s release on Change.org started by journalist Tamryn Spruill currently has more than 32,000 signatures.