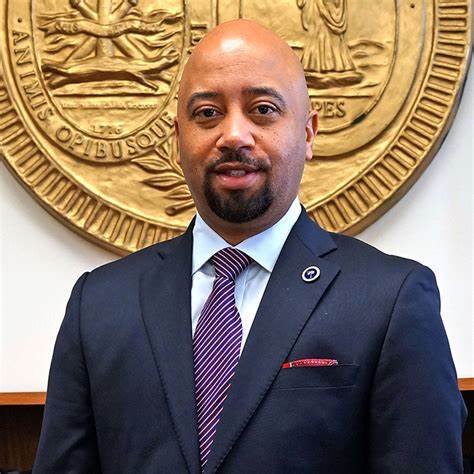 Should anyone under the age of 18 be capable of changing his or her gender? A controversy is heating up over this very question. A bill called the “South Carolina Vulnerable Child Compassion and Protection Act” is being spearheaded in South Carolina to prohibit minors from having transgender reassignment surgeries. Doctors would also be blocked from prescribing or dispensing puberty delaying medications. Anyone who violates the law would be guilty of a felony. Upon conviction, he or she could be imprisoned not more than twenty years.

During an interview on Tucker Carlson Tonight, McKnight told Carlson that many constituents in his district support his efforts, but many members of his party condemned him, while accusing him of bigotry.

“I’d like to say that I caused myself good trouble, because all the opposition has done is help me in the Republic parts of my district. The reason I did this is simple. I’m not anti-transgender. I’m not anti-gay. I’m not a homophobe, and I resent people suggesting such. It was just this last week that I fought to put in sections in our new hate crime bill legislation that would protect gay people, transgender and lesbians, “ he said. “I don’t hate anyone. I’m about protecting children, and I think that in South Carolina, you have to be eighteen years old to get a tattoo. So how is it that you can get an irrevocable procedure performed on you at any age, during your adolescence? It’s ridiculous.”

Thanks so much for the love & support I have received regarding H4047. At first I felt besieged and alone, I now see that people of all races, religions, politics and sexual orientations believe in protecting children at all cost. I WILL NOT BE BULLIED! #H4047 #unboughtunbossed

You may read the bill for yours. An excerpt is below.

Be it enacted by the General Assembly of the State of South Carolina:
SECTION 1. This act is known and may be cited as the “South Carolina Vulnerable Child Compassion and Protection Act”.
SECTION 2. Title 44 of the 1976 Code is amended by adding:
“CHAPTER 139
South Carolina Vulnerable Child Compassion and Protection Act
Section 44-139-10. For the purposes of this chapter:
(1) ‘Minor’ means a person who is under the age of eighteen.
(2) ‘Person’ means any of the following:
(a) any individual;
(b) any agent, employee, official, or contractor of any legal entity; or
(c) any agent, employee, official, or contractor of a school district or the State or any of its political subdivisions or agencies. (3) ‘Sex’ means the biological state of being male or female, based on the individual’s sex organs, chromosomes, and endogenous hormone profiles.
Section 44-139-20. (A) Except as provided in subsection (B), no person shall engage in, counsel, make a referral for, or cause any of the following practices to be performed upon a minor if the practice is performed for the purpose of attempting to alter the appearance of or affirm the minor’s perception of the minor’s gender or sex, if that perception is inconsistent with the minor’s sex as defined in this chapter:
(1) prescribing, dispensing, administering, or otherwise supplying puberty-blocking medication to stop or delay normal puberty;
(2) prescribing, dispensing, administering, or otherwise supplying supraphysiologic doses of testosterone or other androgens to females;
(3) prescribing, dispensing, administering, or otherwise supplying supraphysiologic doses of estrogen to males;
(4) performing surgeries that sterilize, including castration, vasectomy, hysterectomy, oophorectomy, orchiectomy, and penectomy;
(5) performing surgeries that artificially construct tissue with the appearance of genitalia that differs from the individual’s sex, including metoidioplasty, phalloplasty, and vaginoplasty; or
(6) removing any healthy or nondiseased body part or tissue.