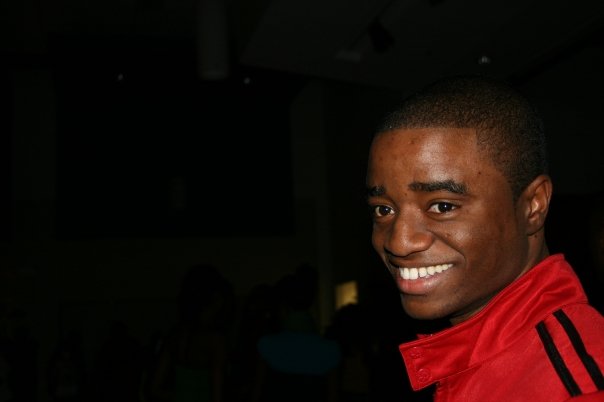 Have you ever signed up for a gym membership and been really inconsistent about your attendance? What if you were charged for NOT going? Introducing Lazy Jar, the app that charges you a set fee when you choose to skip your workouts.

Black Enterprise caught up with the founder, Justin Anyanwu, who explained to us why he created Lazy Jar, the results his users are seeing, and why, for now, you need your Fitbit to use it.

Tell us about your background.

I am a software engineer living in Raleigh, North Carolina. I emigrated from Nigeria to the U.S. in 1998 and I am now a citizen. My aspiration has always been entrepreneurship since my grad school days at North Carolina State University.

Why did you create lazy jar?

I created Lazy Jar because I was fed up with my inability to maintain discipline and consistency with my fitness endeavors. I have been a member of various good gyms but I never saw the results I wanted. It hit me one day that the problem wasn’t the gyms. The problem was me.

I’d always stop attending the gyms after a couple months and would fall back into my sedentary lifestyle. So I decided I needed a way to hold myself accountable for the fitness goals I wanted to achieve. And I realized that there was nothing out there that was doing it the way I had hoped. So I came up with Lazy Jar.

How does Lazy Jar work?

First, you’ll need an active Fitbit account. The app will prompt you to connect your Fitbit account. Then you’ll be given the chance to set your weekly goals. For example, steps, calories, minutes, and miles you’d like to complete at the end of each week. Then you get to set the penalty amount you’d like to be charged at the end of the week in case you fail to complete your goals.

To show your level of commitment, you are asked to make a refundable $30 security deposit. The reason for this is because we need to encourage users to stick to the six-month program and do their best. At the end of the six-months, they’ll get the $30 back.

During the course of the six-months, any week you fail to meet your set goals, you’ll be penalized the amount you set for yourself. Currently, 80% of the amount is donated to charity. The charity we support at the moment is St Jude’s Children’s Hospital.

What results are you seeing from users?

Since we only started pushing the app in October, most of our users have written us telling us that they found themselves getting up to go for a run or a walk, because they didn’t want to fall behind on their weekly goals.

One particular user who was pregnant wrote us to reduce her goals just a little bit so that she could still maintain her active lifestyle.

Another user told us that on occasions where she would excuse herself from going to the gym, she now found herself eager to go the gym just to meet her calorie goals for the week.

The recurring theme here is exactly what I expected would happen. Our users were reporting an increase in being more active. Which, in the grand scheme of things, is fantastic and good for one’s cardiovascular health. Especially when you consider that cardiovascular disease is the No. 1 killer in the U.S.

What products do you need to use it?

Currently, you need a Fitbit capable of tracking your heart rate and steps to use it. The reason is, is that I owned a Fitbit and I needed this app for my own personal use. So to prove the viability of the concept, I developed it for the Fitbit.

Any plans on linking other devices or making it independent of the Fitbit?

Absolutely. Plans for the next version are already on the way. We hope to be done early next year. This version will be designed to accommodate various wearables (provided they have the appropriate APIs).

If you are a Fitbit user and interested in staying workout accountable, you can test it out here.