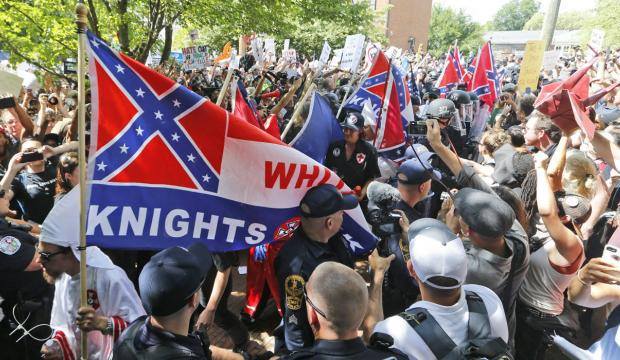 A hacker has unearthed membership data from the neo-Confederate Sons of Confederate Veterans (SCV) organization that reveals the public leaders involved with the racist group. Some of SCV’s membership includes military officers, politicians, public employees, and a national security expert who previously worked at the Department of Defense Secret Security Clearance,” The Guardian reported.

Hackers were able to get membership information from two white nationalist groups including the SCV and violent neo-Confederate groups such as the League of the South (LoS). They found that some of the members who are also high-ranking officials also participated in and committed acts of violence at the 2017 Unite the Right rally in Charlottesville, VA

The racist organizations run state chapters across the country and have initiatives to dismantle the removal of Confederate monuments. Their intimidation tactics include lawsuits and flying the Confederate flag near public roadways and at NASCAR events.

The leaked data reveal the names and personal details of nearly 59,000 SCV members, including 91 members who work within the government and 74 people involved with branches of the armed forces, Yahoo reported.

One active member is Scott Wyatt, who serves the 97th district in Virginia’s house of delegates. Another member is Dr. Danny W. Davis, a professor and program director at Texas A&M University. Davis also works as a training consultant to the U.S. Army Reserve and reportedly joined the group to honor his “three great-grandfathers” who fought for the Confederate Army.

Davis believes that “when we start taking down monuments, I think that’s wrong,” he told The Guardian,  noting that the monuments “represent men who were fighting for something they believed in.”

He admitted that those beliefs “included slavery, but not only slavery” Davis said. “Do I think the right outcome came out of the Civil War? Yes.”

He also declared that he is “not a white supremacist,” and said some of the SVC members include “people like me who are interested in history” and “military veterans.”