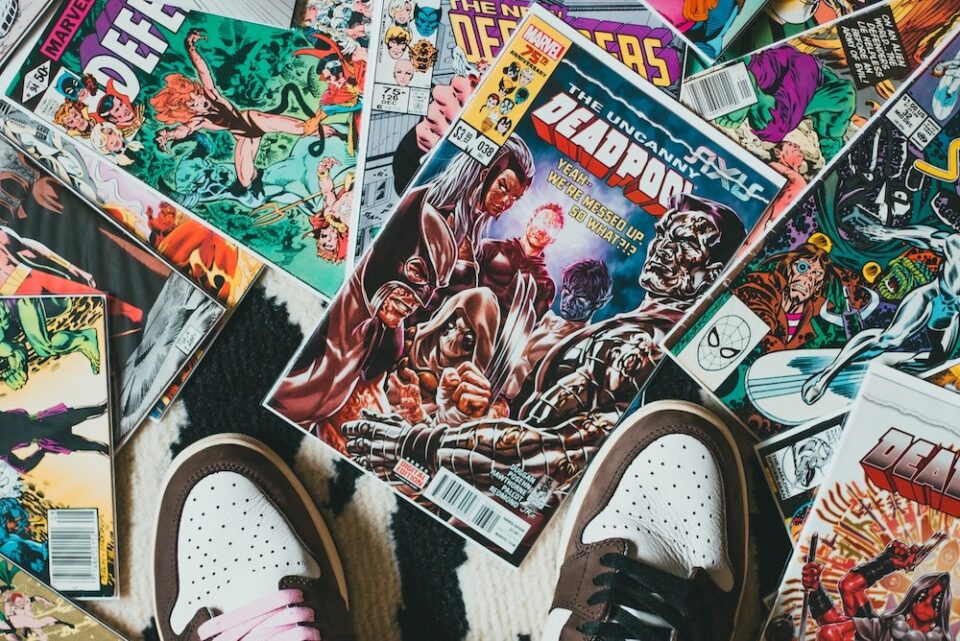 Art has never been an easy scene to break into, and becoming a comic book artist might be among the more competitive areas within the field. Of course, some determined, talented artists successfully work their way into the industry and become a defining voice in it, even if after the fact.

Comic book history cannot be discussed without acknowledging the habitual erasure of any contributions Black artists made to it. Some of these artists helped to build and direct modern comics when that field was in its infancy. Possibly the most well-known is Matt Baker, often attributed as the first Black comic book artist. Baker started as an artist working on titles like Sheena Queen of the Jungle, Phantom Lady, and Voodah. That work got him into freelancing with Atlas Comics, which would eventually become Marvel Comics. Traces of Baker’s style are still visible in modern comics. His depiction of glamorous, strong women with extravagant costumes certainly still has echoes in modern works.

Black artists like Matt Baker, Elmer C. Stoner, and Orrin C. Evans may not be as well-known as Jack Kirby, Frank Miller, and John Byrne, but they shaped comic book history right at the start, and they are just a few whose work was rarely attributed.

The industry has changed a bit though. It’s still competitive, but there’s room for those who will take it in a new, interesting direction in the same way artists like Matt Baker did. If you want to follow in Baker’s footsteps, consider getting started with the Learn How to Draw Comic Book Characters Bundle. This 33-hour guide provides instruction on drawing, how to start selling art online, and more for just $20.

Learn how to draw comics with a self-taught course

Drawing isn’t always easy, but if you put in the work and stay with it, it can become a great skill you possess. Working in tandem with the often-fickle creative process itself, the four courses in this online training are available for life, meaning you can move at whatever pace makes sense for you. Just because massively influential comics artist Brian Stelfreeze was paying his way through college with his denim-jacket art doesn’t mean you have to progress that quickly to find success.

This bundle starts you off with the basics. In the class How to Improve Your Figure Drawing Step-by-Step, you’ll practice gesture drawing, posing, negative space drawing, and refining your understanding of perspective. You can practice drawing the human form and commit to memory how the anatomy works. With time, you’ll even learn to create dynamic poses and craft intricate gestures. Comics are expressive by design, so this course is essential.

From there, you can move into more specialized learning. In How to Draw Dynamic Comic Book Superheroes from Start to Finish and How to Draw Heads, you’ll learn to break down superheroes into familiar parts, study proportions, anatomy, suit design, and more. You’ll touch upon techniques of game and concept art and relate them to comics, and you can even start developing your very own cast of heroes. We wouldn’t have modern Black Panther without the Brian Stelfreeze comics that brought him to life, and that’s the same kind of inspirational work you could do yourself.

If you’re interested in creating art off the page, don’t skip Digital Painting Amazing Fantasy Art in Manga Studio 5. You’ll learn how to create rich backgrounds, construct a character from sketch to final paint, create professional-quality concept art, and use the tools built into Clip Studio Paint to do it all. Just note that you’ll need to already have the software, as it’s not included in the course package.

If you want to be one of the next big comic book artists, then honing your skills at home with this bundle is one way to learn how to create work that’s good enough to market. Whether you’re trying to turn comic book art into a full-blown career or simply a side hustle, knowing the business aspects is as important as developing your craft. With the training in these online courses, you can learn how to compose detailed characters and use that as a way to take on commissions and start building a business as an artist. If there’s anything the long history of comic book artists could teach us, it’s that art and entrepreneurship go hand in hand.

The instructor behind each of the courses in this package likely knows that well. Robert Marzullo is a working professional artist and has been for much of his life. Marzullo has been published in comics, created 3D animation for television, illustrated storyboards for commercials, authored the book Learn to Draw Action Heroes, and has owned and operated his own design firm for 15+ years.

Put pen to paper or stylus to screen and start practicing to become the next household name in comic books. For a limited time, you can get all 181 lessons of The Learn to Draw Comic Book Characters Bundle on sale for $19.99 (reg. $800).