Female Leaders Winning: Johnnetta B. Cole, a Leader in Education 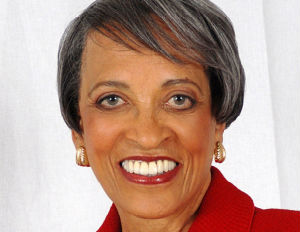 Warm. Stoic. Commanding. Â The presence of Johnnetta B. Cole is an unforgettable, inspiring experience. Her legacy is the same — one which was honored in 2006 at Black Enterprise’s Women of Power Summit.

Born October 19, 1936, as the granddaughter of Florida’s first black millionaire, Abraham Lincoln Lewis, Cole attended the HBCU Fisk University at age 15. Transferring to Oberlin College to complete her degree in anthropology, her insatiable quest for learning — whether it is African studies or art and culture – motivated her decision to attend Northwestern University where she earned a masters and PhD.

Traveling the world to enrich her mind and expand her anthropology resume, Cole performed field research in Liberia, taught briefly at UCLA, and headed the black studies program at Washington State University before heading up the anthropology department at University of Massachusetts where she played an instrumental role in creating its black studies program. Â Moving on to Hunter College’s faculty directing its Latin American and Caribbean studies program, in 1987 Cole’s work laid the path to her becoming the first black female president of Spelman College.

She used her wit, contacts, and impressive resume to build up the school’s endowment with over $100 Million in capital campaign. Under her reign, Bill and Camille Cosby donated a memorable $20 million to Spelman. From there she moved on to Emory University as Presidential Distinguished Professor Emerita before becoming president of Bennett College for women making her the only person to have serves as president of these two places of higher learning (Spelman and Bennett).

With 61 honorary degrees, Cole has served as a director of multiple companies including Merck & Co., Coca Cola (where she was the first woman elected to the board) and she’s a chair of the board of trustees of United Way of America. Today, as director of Washington’s DC’s the National Museum of African Art, part of the Smithsonian Institute, Cole’s legacy is and continues to be one of female and black empowerment through education, mentorship, and self-knowledge.