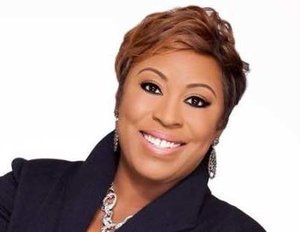 How did you make the transition from employee to entrepreneur?

While still working my full-time job, I started a small t-shirt business called Moms R The Best, which was created to celebrate women and moms. The t-shirt business allowed me to get my feet wet as an entrepreneur and eventually detoured me into speaking. One day in the fall of 2010, I received a phone call about a speaking opportunity at Morgan State University to teach other moms how to start businesses. I accepted the opportunity and that was the start of my journey as a Transformation Coach.

What accomplishments have come out of passion as a Transformation Coach?

Congratulations on having a teen entrepreneur. Can you share some tips with other parents about how to teach children entrepreneurship?

I would encourage parents to start by talking openly with their child about what brings them the most excitement in life and repeatedly referring to that thing as their “passion.â€ Then, make the connection between their passion and ways to monetize the passion. For example, if your child loves poetry, you could nurture that passion by encouraging them to consider writing a book of poems and selling those books. If your child is crafty and loves to make jewelry, suggest starting a jewelry business and selling the items to family and friends first and later branching out to broaden their base of customers. Additionally, position your child in business environments early on that teach them to do the following:

To help breathe life into ideas of young people, you recently accepted 10 young girls (10 to 16 years old) into an entrepreneur mentorship program for the next six months. Tell us more about this program.

For six months, from May 2015 thru November 2015, I will mentor 20 girls ages 10-16 to help foster their interest in becoming entrepreneurs who pursue their passion. The demand was so high that we increased the number of girls from 10 to 20. We want these girls to believe in the endless possibilities for their lives. We will help them learn to clarify, articulate, and monetize their message as business owners, to create a legacy, and develop economic independence through entrepreneurship. This mentorship program is designed to nurture each girl’s individual creativity, her unique gifts and talents, her passion, and her desire to become a leader in the community. The program will culminate with an awards ceremony to celebrate each girl’s growth and progress at the 2nd Annual Play Time Is Over Women In Business Conference on Saturday, November 7, 2015.

What other initiatives and events do you have planned for 2015?

In addition to several speaking events, I have several upcoming events: