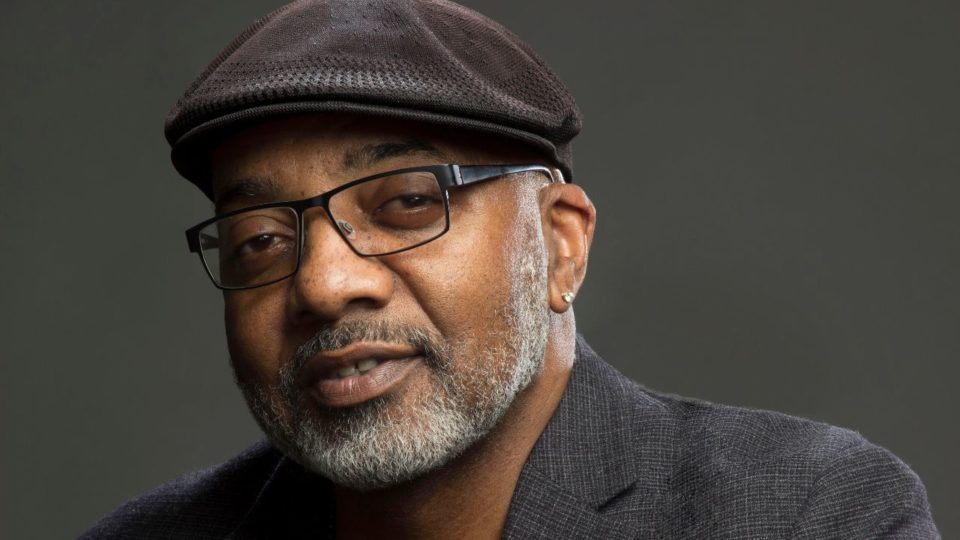 The word legendary is thrown around in such a way that it sometimes cheapens the meaning because not everyone who is labeled so deserves that title.

But when it comes to music executive Michael Mauldin, that title fits him perfectly. He started his illustrious career working with the soul band, Brick, which morphed into a touring business that featured acts like Sister Sledge, Cameo, and the SOS Band. Turning to Hip-Hop, he started the New York City Fresh Festival which featured burgeoning Hip-Hop acts like Whodini, Kurtis Blow, Run DMC, and the Fat Boys.

As the former President of Black Music/Senior VP of Columbia Records, Mauldin was instrumental in the careers of Alicia Keys, Destiny’s Child, The Fugees, and a man named Jermaine Dupri, who headed a label called So So Def. Dupri, a legend in his own right, is also the son of Mauldin creating a legacy that is still ongoing.

BLACK ENTERPRISE had the pleasure to speak with Mauldin and discussed what may be his most important venture to date, the Black American Music Association.

Yes, the Black Music and Entertainment Walk of Fame AKA “The Crown Jewel of Excellence” has been memorialized in Atlanta, Georgia, on the sidewalks on MLK Jr. Drive, adjacent to Mercedes-Benz Stadium. This initiative is a joint venture between BAM and the Georgia Entertainment Caucus. It is being positioned and promoted as a national and international walk of fame, paying homage to those contributors of Black music and entertainment, whose careers encompass a minimum of 20 years of notoriety and impactful contributions to our culture and community. The inaugural class of inductees was James Brown, Otis Redding, Quincy Jones, Stevie Wonder, Michael Jackson, Sean Love Combs, Shirley Caesar, Kirk Franklin, Missy Elliott, Outkast, Beyoncé, and Usher.

What was the motivation for starting the Black American Music Association?

Demmette and I recognized the disparities in our culture and also the need for a type of gatekeeper of our industry, a type of governing body that would not only monitor our struggles but also recognize the creators and contributions of authentic Black American music while preserving its legacy, as it was originally intended dating back to 1921.

Starting in 2017, we set out to position the organization to stand up against the struggles that we, ourselves, have endured over time as Black executives. We also felt the need to properly identify the work and music that we were lifting up, by proclaiming it as Black American music. Doing so without prejudice or having someone else who wasn’t part of the culture or community, deciding to call it something else, just because they wanted to lead in the market share or have promoters of their choice deliver our music to particular radio outlets, formats or distributors (In other words “Keep us in our place”); Unacceptable.

We also adopted the mantra “By the people, for the people.” Part of our goals is to also exemplify the struggles of our artists and creators, by shepherding them through the art form and music they love, while helping to secure the ability to be properly paid and properly recognized, but also standing up against the lack of attention that we felt Black American music wasn’t receiving when it is known to be an art form with the most dominant genres of music throughout the entire globe.

How were some of the charter members chosen and will there be more people invited to be involved? If so, will there be some type of qualifications needed?

Ninety percent of the charter members are professionals within the music and entertainment space. Individuals that Demmette and I have worked with or identified with throughout our illustrious careers. All individuals who we feel represent Black excellence. People with integrity, who we trust, believe in, and respect. When we first set out to do the work, we identified others that spoke our language and who are in many ways just as passionate about Black American music and solidifying our culture and community as we are, such as the late Mr. Andre Harrell. The Black American Music Association is a non-profit 51(c)(6) trade organization and we are membership-based. There will be various levels of enrollment (IE, professional, creator, music lover, student, and more). We also have a variety of committees and initiatives that allow for any serious individual or company that is a lover of Black American music to join and/or participate in this world-class organization.

You’re involved in a partnership with Voting Rights Are Civil Rights Initiative, how did that collaboration take place and what are the plans and goals?

With so many issues in our community, we recognize how important it is to not only participate in presidential elections but to have a better understanding of the power of Congress. But even more so, understanding the influence in our community from the local and state levels, from our judges and sheriffs to mayors and governors. So in order to help make a difference we knew we needed folks and other organizations that better understood politics and its inner workings. After hearing about what BAM was looking to do with the community and youth, our longtime industry friend Eric Cohen came to Demmette and me to invite us to join in his efforts to protect the vote.

So together we moved forward with a campaign named, “See something, say something.” We were very successful in our effort to provide poll workers across the country for the 2020 election, as well as helping the state of Georgia make history with the election of Senator Warnock and Senator Ossoff. However, the work is not finished and we are getting started now as we move toward some of the midterm elections and continue to combat voter suppression and some of the segregated, backward ways, thoughts, and laws of our country. America is a great place to live but it has to be experienced by us all. We must be able to live in just, fair and accessible states for all and in particular, all of us of color and those who are less fortunate. We want to make a difference in the future. We are the Black Music Association and we will stand up for the people!

With your long history in the music industry, what would you suggest to people who want to have a longstanding and productive career?

First of all, you have to love what it is that you’re doing or think that you may want to do it. You also have to be prepared to shift and adapt to what the good Lord places in front of you because many times the real blessings you are destined to receive or career that you will ultimately have, you won’t see coming but you have to be ready. You also have to believe in and do what you say you are going to do. And finally; if you want to make a real difference, acknowledge your history and inspire the future. Pay homage and respect to those that came before you, in order to properly make a way for the next generation. Be a leader!