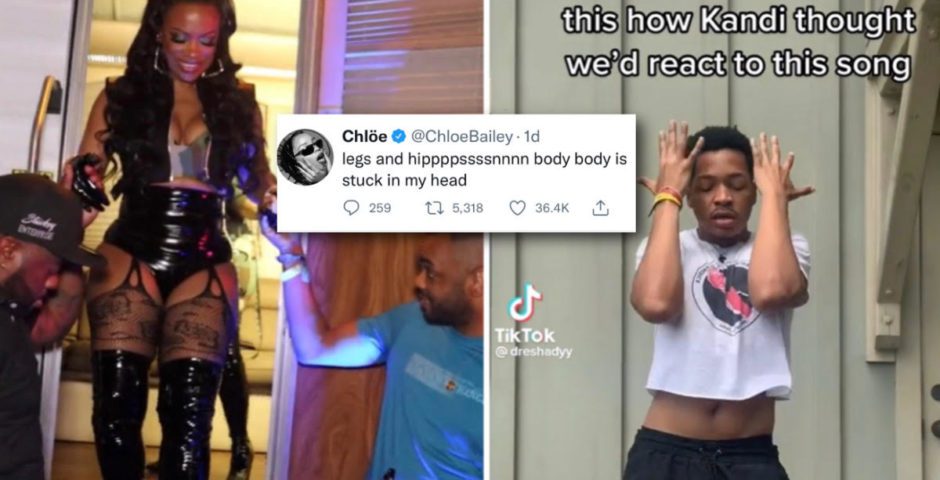 Kandi Burruss has become a viral sensation by accident after social media caught wind of a song she wrote for one of her old stage plays.

The song was performed as part of the play that was supposed to go on tour, but it was ultimately canceled. But leave it up to social media to unearth footage from the performance and turn it into a viral trend years later.

The rest became history. The catchy tune quickly gained steam on social media and served as the perfect background music for so many memes and video clips.

i hear “legs and hips and body” in my head nonstop pic.twitter.com/fdQjMrjU3e

LEGS AND HIPS AND BAWDY, song of the summer! pic.twitter.com/K2hptaGOm7

Many couldn’t help but start singing the infectious tune.

They even got the Powerpuff Girls involved.

Kandi turning into a viral sensation without even trying has reminded the public how serious her songwriting ability is and always has been.

Kandi knows how to write a hook she got the whole internet singing "legs and hips, and body, body" every few minutes against our will.

Kandi even got in on the fun and posted a video showing off her legs, and hips, and BODY BODY!

@kandi I was giving #LegsHipsAndBody at the #loversandfriendsfestival ♬ original sound – kandi

“I was giving #LegsHipsAndBody at the #loversandfriendsfestival!” she captioned the post.

Kandi’s songwriting skills have garnered her Grammy awards and Billboard plaques for songs like TLC’s “No Scrubs”, NSYNC’s “Space Cowboys, and a number of Destiny’s Child songs including their first #1 hit “Bills, Bills, Bills” and the popular track “Bug A Boo”.

“I use a lot of my past relationships as inspiration,” Burruss told Glamour about working with Destiny’s Child. “The relationship I had been in prior to [writing the song], I took inspiration from it…though I didn’t tell them that.”

Well, now Kandi has another hit on her hands.