Lenny Kravitz Didn't Like Being Called Black When he Was Younger 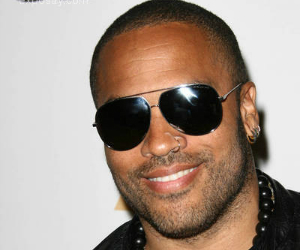 We all know that race plays a role in many things in this society; and being born biracial can have its difficulties; as Lenny Kravitz can attest to.

On an upcoming episode of ‘Oprah’s Master Class’, Kravitz states that he never thought much about race when he was a child. He says, “I knew that my father physically looked different from my mother, but that wasn’t an issue to me. People look different.”

Kravitz’ mother was Roxie Roker, the actress who played Helen Willis, the Jeffersons’ upstairs neighbor who was married to a white man and was often the butt and scorn of George Jefferson’s interracial jokes. Coincidentally, Kenny’s father, who was married to Roker, was white as well, so he was the product of a mixed marriage.

During his school years, when Kravitz had to fill out the race section on any form, he always felt stumped.

“The teachers came over and [said], ‘Black. That’s what you are,'” Lenny recalls. “And so, so many parts of your heritage are just squashed. ‘That’s it. You’re that.’ I didn’t like that.”