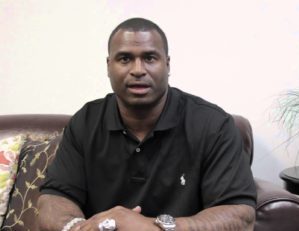 What does it take to become a B.E. 100s company? Along with grit, innovative thinking, and the drive to continually excel, it often takes qualities that make a business stand out in a way that goes far beyond just meeting its revenue goals.

While working on the Black Enterprise Auto Dealer of the Year story (in our May-June issue), I saw certain themes emerge that, it became clear, contribute to the spectacular success of National Automotive Management L.L.C., doing business as Hamilton Honda in Hamilton, New Jersey. Co-owners Jessie Armstead and Mike Saporito combine high standards and professionalism with a sense of humor and mutual respect to push their team forward.

Here are three ways they set an example for other business owners.

I interviewed Armstead and Saporito in Armstead’s stately wood-paneled office. Armstead carries himself like someone for whom success was inevitable, but it wasn’t. In college he sustained two “career-ending” injuries that required the reconstruction first of his right knee and later his right shoulder. Yet he continued playing football and was eventually chosen by the New York Giants, leading the team to the Super Bowl. Armstead flexes that same persevering, winning mindset in running his dealership. Hamilton Honda opened in 2009, in the midst of the financial crisis, yet within one year became one of the top 10 Honda dealerships in the nation.

“The No. 1 thing is the team,” Saporito told me during our interview. I assumed he meant the sales force—but Armstead made it clear: The team is everybody, from the cleaning crew to sales to service—and more. Saporito spent some time explaining how, in fact, every department was the most important: new car sales, service, the business department, parts, administration. “Auto dealerships are thousands of details that have to work together flawlessly in order to be successful,” Saporito said. It’s the idea of the proverbial strong chain, weak link. Every member of your team is important.

Understanding the needs of your customers is key. Armstead and Saporito attribute one aspect of their success to the fact that they themselves are difficult, picky customers, which drives them as auto dealers to keep aiming at perfection. The two men see the dealership from the customers’ perspective, providing what makes customers comfortable and avoiding high-pressure tactics. They also give back to the community—not just by writing checks but by showing up in person. Sterling customer service is at the heart of everything they do.

Perseverance. Teamwork. Customer service. They make up the core of every successful business, large or small.