Why First Impressions Determine How You Are Treated 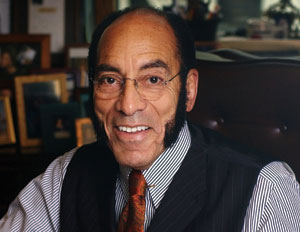 Despite the established acceptance of casual attire at many companies, there has never been a business casual dress code, dress-down days, or casual Friday option at Black Enterprise. For 42 years and counting, we’ve treated every day as a business day and required all employees, from the mailroom to the boardroom, to wear attire that clearly communicates to our customers and audience that we are here to do business. This policy, along with the promise of quality performance and professionalism that it communicates about our people and services, is part of the value of the Black Enterprise brand, and it’s what our clients and partners have come to expect, respect, and pay for.

What’s true for our company is also true for us as individuals, particularly as African Americans. We are each responsible for managing the perception of our individual brands, not just during business hours, but at all times. No matter what anyone says, presentation still matters, especially–fair or not–for people of color. Your appearance is still the first and most impactful way that you communicate who you are and determine how you are treated.

That’s why I am so alarmed and dismayed by what I observed at the NBA All-Star Game festivities in Orlando, Florida, several weeks ago. Staying at the luxurious Ritz-Carlton Orlando Grande Lakes Hotel were hundreds of black people. Standard “uniform” for the men: ill-fitting baggy jeans (many exposing the wearer’s underwear), fitted baseball caps worn at a variety of angles (none were removed while indoors), “designer” T-shirts, and the requisite jewel-encrusted medallions, watches, and other gaudy accessories. This wasn’t a group of teenagers hanging out on a street corner. These were grown men, easily an average age of 35-plus, who had the means to attend such a big-ticket sports event.

More alarming, however, were the women, who were not much younger, dressed in attire–in many cases several sizes too small–that would make a streetwalker blush, leaving absolutely nothing to the imagination. Again, these weren’t college co-eds on their first outing at a real nightclub. These were grown women, who could easily have been the mothers of such co-eds. I remember a time when a woman could dress in a manner that was sophisticated yet stunningly attractive, and that still inspired respect and admiration. In fact, I was surrounded by hundreds of such women at the Black Enterprise Women of Power Summit, held at this same Ritz-Carlton in Orlando only a week before the NBA All-Star Game. Sadly, such women were in scarce supply during All-Star Weekend. It’s almost as if we have become ashamed to present ourselves as intelligent people worthy of respect. We seem so much more passionate about pursuing mediocrity than presenting our best. Why are we racing to the bottom? More importantly, what, if anything, are we going to do about it?