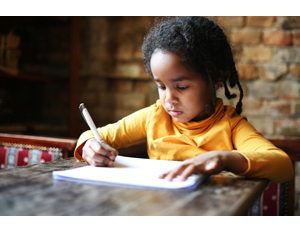 After a flurry of reports Tuesday afternoon announcing the immediate end of Let Girls Learn—a signature program of first lady Michelle Obama’s that facilitates educational opportunity for girls around the globe—and an immediate and mocking backlash on social media, the Trump administration is now not ending Let Girls Learn, for which the Obama administration had raised nearly $5 million in private financing.

But by the end of the day Tuesday, the White House was singing a different tune. Maybe it didn’t like the field day the Twitterverse was having. One tweet said Let Girls Marry Rich, and included a photo of first lady Melania Trump and first daughter Ivanka Trump.

Let Girls Learn is implemented through the Peace Corps and the United States Agency for International Development.

In an e-mail, Peace Corps Acting Director Sheila Crowley said the following to agency employees: “Moving forward, we will not continue to use the ‘Let Girls Learn’ brand or maintain a standalone program,” CNN reported.

“There have been no changes to the program,” said State Department spokeswoman Heather Nauert, referencing Let Girls Learn. “The [Trump] administration supports policies and programs to empower adolescent girls, including efforts to educate them through the completion of secondary school. We are committed to empowering women and girls around the world and are continuing to examine the best ways to do so.”

But there was no equivocation about the school lunch guidelines that Michelle Obama, as first lady, had also advocated.

In an effort to promote healthy school lunches as a way to promote fitness and combat childhood obesity, regulations were put in place to reduce sodium and sugar in foods served at school.

“For the last five years, schools have been required to reduce the amount of calories, fat and sodium in their cafeterias and increase offerings of whole grains, fruits and vegetables, and nonfat milk to the roughly 32 million students who receive federally subsidized meals,” the New York Times reports.

“Beginning next school year, schools can request an exemption from the whole grain requirements and delay the sodium mandate. They will also be able to serve 1% flavored milk instead of nonfat.”

Schools had complained that the regulations increased their costs.