The Liberal Arts Embraces STEM: Succeed in a STEM Career 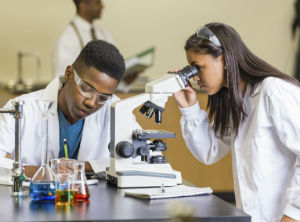 On October 10—11, Black Enterprise will hold its second annual TechConneXt Summit. A component of the summit is the BE Smart Hackathon–a hacking competition between several historically black colleges that will produce an app within a limited time frame.

Black Enterprise is presenting the summit and hackathon, because STEM is an engine of job growth. Although black and Hispanic people make up 11% and 15% of the overall workforce, they comprise only 6% and 7% of the STEM workforce–which is also handsomely paid.

We’ve repeatedly written about STEM being the future, but what about the liberal arts?

I’ve written (here and here)Â about why liberal arts are important, even to STEM majors and those pursuing careers in STEM.

Now, a report by the Education Advisory Board, Reclaiming the Value of Liberal Arts for the 21st Century, urges colleges to forge stronger connections between liberal arts majors and professional disciplines. According to Education Dive, it even recommends that liberal arts opportunities and successes be more effectively marketed.

Education Dive notes that the report discusses how federal and state funding resources now encourage “performance-based funding metrics, which reward development in science and technology, while marginalizing liberal arts degrees and preparation as an obstacle to career fulfillment.â€

In spite of the federal and state funding push in support of STEM, nowhere in academia or the workplace is STEM valued over liberal arts. It’s been called a false dichotomy. A Forbes article even went so far as to say that “STEM study starts with liberal arts.”

What Are the Traditional Liberal Arts?

Liberal arts are commonly equated with the humanities, but what exactly are the liberal arts?

Most employers want students to have soft skills, which includes strong reading, writing, as well asÂ both oral and written communications skills.

The advice from the Emerging Careers report I wrote about previously still stands, “At least five of the emerging jobs we describe in this report represent promising opportunities for people who have a strong liberal arts background-“plus,â€ with the “plusâ€ representing credentialing, certification, or even a master’s degree in a somewhat more technical and analytical competency.â€