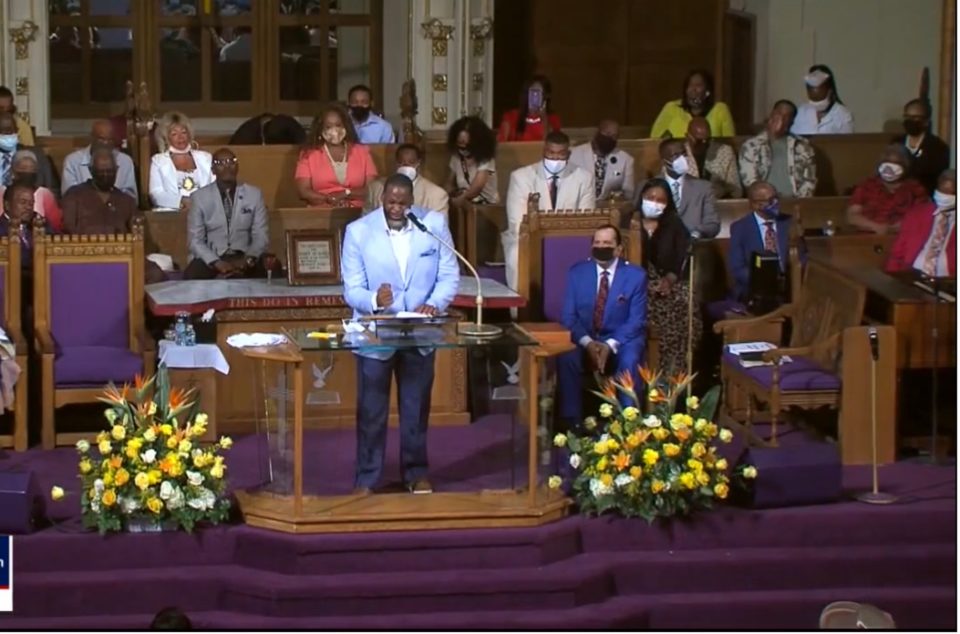 This weekend, the embattled former mayor of Detroit, Kwame Kilpatrick, got married.

The Detroit News reported that Kilpatrick and his fiancée, Laticia Maria McGee,  exchanged vows at the Little Rock Baptist Church in Detroit.

Kilpatrick returned to Little Rock Baptist today — this time to get married. It was a real who’s who: Duggan w/ the soon-to-be mrs.; Rev. Holley w/ a ’90s-cut Lavender suit… pic.twitter.com/mkx01SEPbF

Kilpatrick announced that he was remarrying on Tuesday during an interview with Deadline Detroit.

“We started a conversation and started praying together,” Kilpatrick said during the interview. “Neither one of us was looking for a relationship at the time.”

Kilpatrick met his new bride while he was in prison serving time for 24 counts of federal crimes including mail fraud, wire fraud and racketeering.

He was sentenced to 28 years in prison and ordered to pay restitution that began at over $4.5 million and settled at slightly over $1.6 million. For years, the media pontificated whether or not Kilpatrick’s dealings were responsible for Detroit’s bankruptcy.

In January, Kwame Kilpatrick was the recipient of a wave of pardons that President Donald Trump was gifting on his way out of the White House. He had served eight years of his sentence at that point.

Kilpatrick and his first wife divorced in 2018, as an extra-marital affair was a part of the bundle of trouble he found himself in while he was mayor.

McGee started working as a receptionist at City Hall when Kilpatrick was still the mayor. Kilpatrick said he may have spoken to her in passing but the two had no relationship.

In 2018, a friend of Kilpatrick reached out to him and said that someone wanted to offer him encouragement. That person was McGee. By 2019, she was visiting him in prison on a friendship basis. The rest is history.

The couple has filed documents of incorporation for a non-profit called Movement Ministries.

Kilpatrick reportedly plans to attend seminary school in the South but did not specify where.