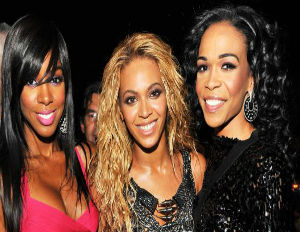 “Matthew [sic] Knowles, BeyoncÃ©’s Father wants to make the film of Destiny’s Child and came to me first. He’s going to Universal next. Do we think it would be a successful film? They’re on Sony label. I’m just not sure that it’s not too soon.”

Despite worries of it being “too soon,” rumors of the biopic being a go are circulating and there are already talks of a cast. According to Centric, “…Lifetime executives are allegedly interested in Soul Train Awards nominee Tinashe for the role of Bey.” The LA Times, however, gives a different report and says that the biopic has not been confirmed and a Lifetime spokesperson told them on Monday that the film is not on the network’s development slate.

There have been no public statements since the leak from Matthew Knowles or any of the Destiny’s Child members. The Grammy-winning group’s last three members, BeyoncÃ©, KellyÂ Rowland and Michelle Williams, surprised fans when they reunitedÂ for each other’s latest solo projects. Rowland and Williams appeared in Bey’s “Superpower” video, Knowles and Michelle were featured artists for Kelly’s anthemic “You Changed,” and BeyoncÃ© and Kelly accompanied Michelle on her gospel hit “Say Yes.”