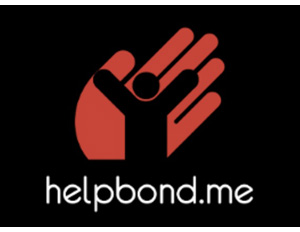 You’ve been arrested. You could bail out, but you have no money to do so and no one to ask. A new app called Help Bond Me lets you crowdfund for bail money and provides other services.

Founder and CEO Ben McFarlin refers to Help Bond Me as “the crowdfunding platform for pre-trial detainees.”

He notes that the United States incarcerates its citizens at a greater percentage rate than any other country in the world. “We are the best at the arrest,” is how McFarlin views America’s judicial system, in an audio clip on his company’s website.

Thirty-five thousand people every other second are arrested. Over 60% of those arrested are unable to post bail because they don’t have the funds. They can sometimes languish in jail for more than 90 days. There is also a correlation between how long someone who’s been arrested spends in jail and their likelihood of conviction, says McFarlin.

Help Bond Me allows a detainee to crowdfund bail money. Friends and family can pledge any amounts from $10 to $100. Once the total amount of bail is raised, a pledge becomes a contribution.

If someone arrested qualifies for bond, a lower amount of money (normally 10% of bail) is required. Help Bond Me works with local bail bonding companies to ensure a timely release from jail.

McFarlin’s company also offers a free service called Safety Circle. This alerts your designated contacts if you are arrested. Contacts will see your arrest location on a map in the alert. They can then use Help Bond Me to get you out of jail.