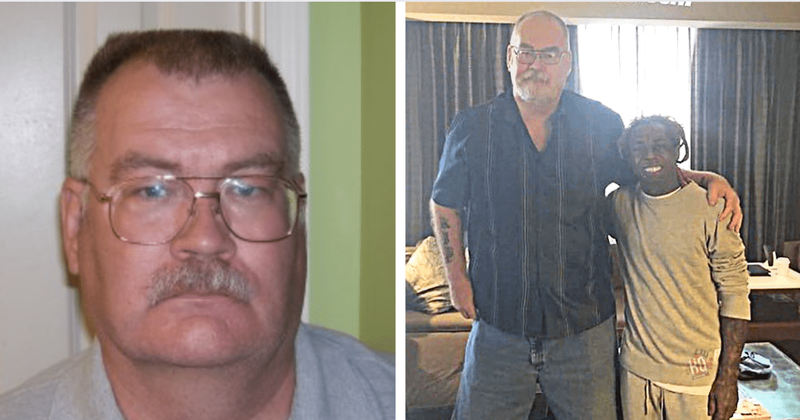 Lil Wayne is mourning the loss of the retired New Orleans police officer who helped save his life when the rapper shot himself at age 12.

According to nola.com, Robert Hoobler, 65, was found dead in his home in Jefferson Parish on Friday. His grandson, Daniel Nelson, confirmed that his late grandfather had suffered from health issues for several years as a result of a car wreck. Hoobler also struggled with diabetes, which prompted doctors to amputate both legs.

However, the cause of death has not yet been fully disclosed.

The New Orleans rapper, born Dwayne Carter Jr., had his first encounter with Hoobler at his mother Hollygrove’s apartment on Nov. 11, 1994. Hoobler, affectionately known as ‘Uncle Bob,’ was off duty when he heard the police radio report. He reported to the scene with five other officers after 12-year-old Wayne intentionally shot himself in the chest with a 9mm pistol.

The 17-minute conversation touched upon Wayne’s battle with his mental health as early as 10 years old.

“How I knew I had mental health problems was I pulled the trigger,” Wayne said in the interview, per the Shade Room. “I aimed for my heart but didn’t feel a thing though…I wasn’t going through any pain. It was the shock. I woke up to the police knocking and that’s what woke me up.”

During his recollection, Wayne also revealed that Hoobler was the only responding officer that acknowledged he had shot himself, while every other officer searched his home for additional firearms and drugs.

“They saw me, they just jumped clean over me and went through the house talkin’ bout, ‘I found the drugs, I found the gun,’ Wayne recalled.

He continued: “And so it took a guy named Uncle Bob and he ran up there. When he got to the top of the steps and saw me there he refused to step over me. One of them yelled like, ‘I got the drugs,” and that’s when he went crazy. And he was like, ‘I don’t give a f*ck about no drugs. Do you not see the baby on the ground?’”

Following orders, Hoobler rushed Wayne’s bleeding body out of the apartment and laid him across his lap in the backseat of a squad car. Another officer rushed them to the closest emergency room, Ochsner Medical Center. The rest is history.

Unfortunately, Hoobler’s career on the police force came to an end in 2012 after he was fired for using a taser on a man during an arrest.