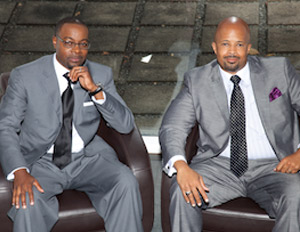 It sounds like it’s still a struggle to convince studios that markets of color are valuable.

Whittley: It’s a daily struggle because there are not a lot of network or film executives that look like us and are advocates. So we engage with the executives to provide inside information, studies and research that confirm the audience is hungry for this information. Even with the successful evidence of films like Think Like a Man, Red Tails, or The Help, they are still hesitant. They are used to the same formula of film and television and many of them are now challenged to step outside the norm. It makes them scared. So we have to provide a level of confidence that this audience wants this content and if you give a proper message you will get returns.

Speaking of The Help, some accused the film of playing into racial stereotypes. What is your strategy when dealing with such sensitive projects?

Nelson: Studios want to know what groups may take offense so that we can be proactive and not be so reactive. We also identify advocates. With The Help, we got advocates early on in the campaign that understood the film and knew that the story was part of history and it was not derogatory. Lastly, we identified people with a passion for the film who helped spread the word and influence others to get them excited. So that momentum overshadows the more controversial aspects of what you’re dealing with.

In a previous BlackEnterprise.com interview with Datari Turner, he noted that African American films don’t do well overseas because there are no systems in place to market them internationally. Do you agree with this view?

Whittley: I think there is a good point there but we focus on the domestic market and can’t state the validity of it. Many domestic films have proven they can generate revenue. When you’re doing films with a $100 million plus budget you absolutely need the international market to deliver a return on investment. Many urban films are below $50 or $20 million and you don’t need an international audience to still see revenue. I do think the next phase of urban films is to figure out the international landscape and how to move films throughout Europe, Africa and Asia because Black culture is very influential from Brazil to Japan.

The Avengers has had major success. Although your company didn’t work on the project what do you think they did right?

Whittley: They built the right scenario by getting out stories independently and pulling all the characters together. It allowed people to connect in multiple ways. By watching Samuel L. Jackson throughout all the films it gives a common thread to know something big was coming. They put together a fantastic roadmap.

Nelson: One thing that was noticeable was the amount of exposure it had in the general market and in targeted spaces in with African Americans and Latino. They were able to get into specific sectors.

What are some of the best ways that you suggest studios utilize social media?

Nelson: The biggest piece is social media. Whether it is Instagram, Facebook or Twitter it is their ability to put together intriguing digital promotions and game assets. In summer months we are not in front of the television, we are on mobile devices. So it is about integrating and coming up with creative ways and different promotions like text to win or trending topics. It is not 1 to 1 it is 1 to 10,000.