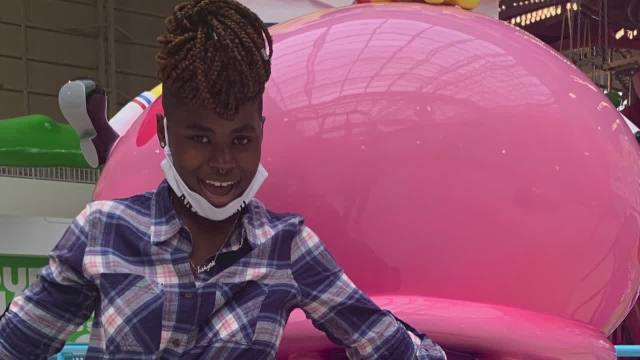 A family in New Jersey is searching for a young girl who has been missing for two weeks, and now the FBI has joined the investigation into her whereabouts.

According to Pix11, a 14-year-old girl has disappeared after going to a deli in East Orange, New Jersey, to pick up items for her family.

The girl, JaShyah Moore has not been seen since leaving for the deli on Thursday, Oct. 14. Authorities didn’t give her disappearance much attention until family friends sent some handmade “missing” posters to the Mary Murphy Mystery Facebook page.

Jamie Moore, JaShyah’s mother, said her daughter went to U.S. Food Market on Central Avenue in East Orange that morning at about 7:30 a.m. to purchase some juice and paper towels. She went back home and told her mother that she had lost the EBT card. Jamie told her to backtrack her steps.

She recalled that when her daughter didn’t appear within an hour, she went out to look for her. She went up and down Central Avenue, going to several delis along the way. She finally flagged down a passing police car before dusk and reported her daughter missing.

The police went and searched her house on Amherst Street on the first day, and then they came back another time and removed her daughter’s video games, personal documents, and even Jamie’s phone since JaShyah did not have one.

A clerk told Pix11 that East Orange investigators took footage from the deli that shows JaShyah in the store that morning. “Somebody came in with her and paid for her,” the clerk said, where the girl bought juice and some candy. Her co-worker, Bassan Awaldi, said the man who paid for her was wearing a baseball hat and a mask.

“He talked with her; he pay and go,” Awaldi said.

The family also found out that JaShyah also visited another deli, Poppie’s, on Central Avenue that same day. Police have gotten surveillance from that location as well.

East Orange City Hall posted a missing photo of the teen to its Facebook page.

“Jashyah Moore, 14, of East Orange was last seen on Oct. 14 around 10 p.m. at Poppie’s Deli Store at 520 Central Avenue. She is 5 feet, 5 inches and weighs about 135 pounds. She was last seen wearing khaki pants, a black jacket and black boots.