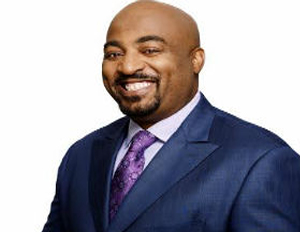 We also asked Scott if he still had his Florida record label and whether he still practiced music, or if his rapping and crooning days were merely expressions of youthful exuberance.

He tells us he scaled it back to more of the production side and turned to management consulting.

He says, “I try to find young producers or young artists and introduce them to my network of people, like the Ludacrises, the LA Reids, the Chaka Zulus, the Jermaine Dupris — a lot of the music scene people. I don’t know if you’ve seen that new documentary ATL – The Untold Story of Atlanta’s Rise in the Rap Game, I knew maybe 80% of the people in that documentary.”

Despite that, Scott isn’t originally from the A. He tells us, “I’m originally from Washington, D.C. My music roots is live music because I’m a big fan of Chuck Brown who, sadly, just passed away. His style was go-go music which is live percussion and has a little Spanish feel to it sometimes. But when I came down South I got a taste of what they call that Southern bounce and then I went all the way to Orlando where they had that bass music. I tell you, that was another culture shock to me which I finally adapted to and which is why I got into the business.”

So naturally, we asked why more young artists didn’t choose to go that route.