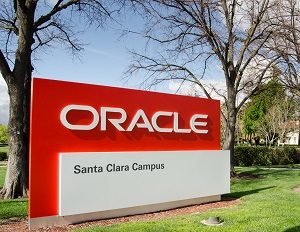 A member of Oracle’s Cloud division took to LinkedIn to write his resignation from the company.

George A. Polisner wrote, “I must resign from this once great company,â€ in response to statements made by Safra A. Catz, an Oracle executive, at a meeting hosted by the president-elect with leaders from Silicon Valley at Trump Tower.

After meeting with Trump, Catz wrote in an emailed statement to The Washington Post, “I plan to tell the president-elect that we are with him and are here to help in any way we can,â€ after she was asked what she planned to tell Trump, during the meeting.

“If he can reform the tax code, reduce regulation, and negotiate better trade deals, the U.S. technology community will be stronger and more competitive than ever.â€

According to The Washington Post, Catz is a Republican who has known Trump prior to the meeting. Catz has since been recruited to join Trump’s transition team.

That was enough for Polisner. He threw Catz’s words back at her, writing in his LinkedIn post, “I am not with President-elect Trump, and I am not here to help him in any way. In fact—when his policies border on the unconstitutional, the criminal and the morally unjust—I am here to oppose him in every possible and legal way.â€

Polisner also created an online petition calling on Oracle to stand against Trump. In his petition he wrote:

“Donald Trump, is the son of a wealthy real estate developer and racist, Fred Trump. Trump has suggested violence against his opponent and he has stated that if he doesn’t win the election it must be rigged (which is incendiary in the America of today). He has continued to attack immigrants calling Mexicans criminals and rapists while suggesting that we ban Muslims from entering our country. He’s talked about torturing prisoners of war and killing their families -actions that would be major violations of international law (aside from being morally and ethically wrong). He disrespected a father who lost his son in the Iraq war. He has continually denigrated women–claiming sexual assault in the military is expected and that women must rely upon their sex appeal to progress their careers.”