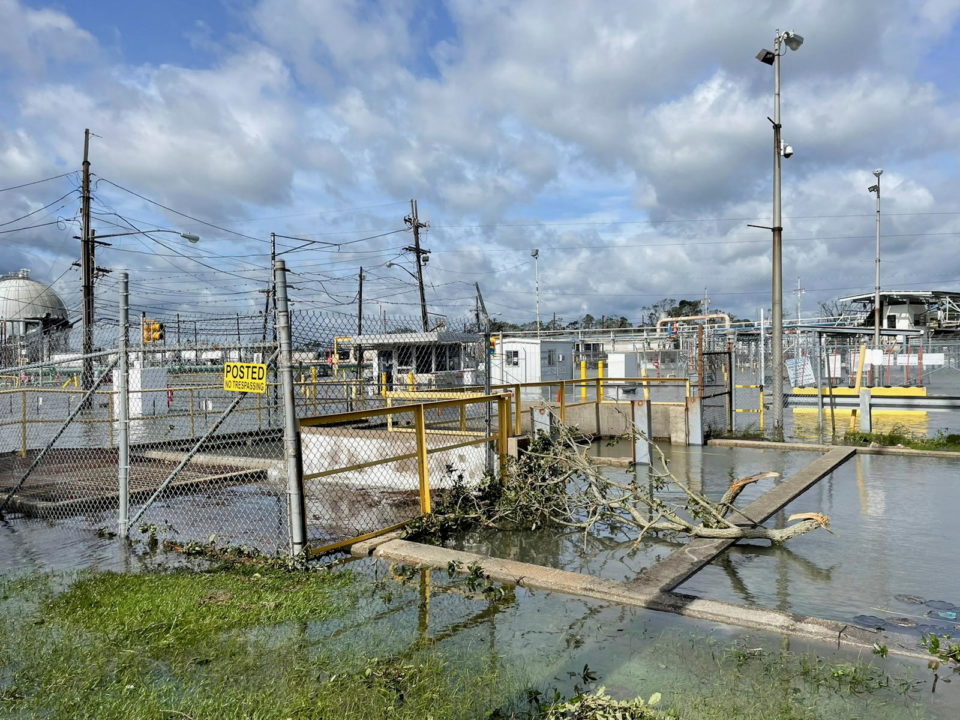 Reuters – The damage to Louisiana’s power grid from Hurricane Ida is so extensive that the U.S. Coast Guard has joined the task of assessing the wreckage, a departure from its maritime security duties.

More than 1 million homes and businesses along the U.S. Gulf Coast are without power following Ida’s landfall late Sunday. The storm destroyed transmission lines up and down the Mississippi River, including one large tower that collapsed near Avondale, Louisiana, leaving a conductor from an electrical line in the river itself.

“Where and how the tower fell, and the assessment on how we can deal with it has yet to be made,” a U.S. Coast Guard spokesman told Reuters. The Coast Guard joined the effort because of the potential hazard to navigation.

Entergy Corp is developing plans for crews to pull the transmission conductor from the river and had a team at the site on Tuesday, the company said.

The Coast Guard, which aids in security for ports and waterways, said its involvement only extends to overseeing the tower’s safe and timely salvage.

Nearly 800,000 Louisiana homes and businesses served by Entergy are without power. The company said the winds damaged some generating plants in the New Orleans area. Some customers may be without power for several weeks as Entergy assesses damage and seeks to restore service, though some 85,000 customers have already had their lights turned back on, it said.

“The priority is to police stations, fire stations, hospitals in particular given the COVID dynamic, and assisted living facilities,” Rod West, Entergy’s group president for utility operations, said late Monday in an interview.

Ida’s high winds dealt a severe blow to the state’s grid, knocking out power for facilities that generate power themselves including Waterford-3, an Entergy-owned nuclear power generator that disconnected from the grid as a safety measure ahead of the storm. The plant was still running on backup diesel as it focuses on “restoring offsite power,” the company said Tuesday.

Numerous chemical plants, refineries and other facilities were also without power. Refiners are “a higher priority for us. A lot of it is going to depend on their ability to safely take power,” West said.

Agricultural giant Bunge originally estimated that its Destrehan, Louisiana grain facility would reopen on Tuesday, but with numerous trees and power lines down, the company couldn’t fully assess the damage yet, a spokeswoman said late Monday.

Power officials have told leaders in Jefferson Parish in the New Orleans area that its roughly 440,000 people could be without electricity for a month or longer, said councilman Deano Bonano.

“The damage from this is far worse than Katrina from a wind standpoint,” said Bonano. “We are going to be without power for four to six weeks.”