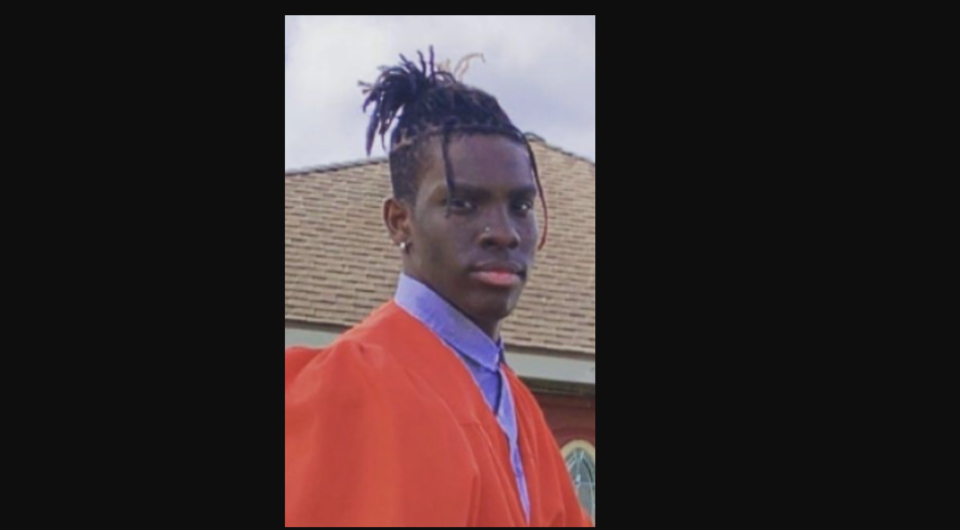 A family had to lay to rest their son, Brandon Sterling, 18, after he died on April 17 during a basketball pickup game in Morgan City, Louisiana, according to Houma Today.

Sterling was a student at Assumption High School in Napoleonville, Louisiana looking forward to graduation.

According to witnesses, he suddenly collapsed while playing basketball with his friends and slammed the back of his head on the court at the Jimmie Johnson Memorial Park in Morgan City, described by his mother, Darnisha Sterling, Houma Today reports.

“They said he hit his head on the concrete and he started to seizure,” Darnisha said of her son. “They said he was shaking real bad.”

Brandon laid on the court for “up to 30 minutes” until the ambulance arrived and transported him to Ochsner St. Mary Hospital in Morgan City. He was later declared dead, according to The Shadow League.

Darnisha said her son did not have any pre-existing conditions and was in perfect health. “He was so active,” she said. “I don’t know what happened. They never told me what happened to my baby.

Darnisha is patiently waiting for the medical examiner’s autopsy results, and police authorities have ruled out any suspicions of criminality. However, Morgan City Police Captain Betty Augman is still investigating his death, The Shadow League reports.

“We are doing our due diligence to investigate what happened to the young man and family,” said Augman. “We don’t suspect any foul play. Our thoughts and prayers go out to the family at this time.”

Brandon had a bright future ahead of him; he planned to attend Nicholls State University, major in nursing, and follow in his mother’s footsteps in the medical field, according to Houma Today.

“I never heard anyone say a bad word about him. He stayed out of trouble and looked after his brothers. I appreciate everybody that has been reaching out to me. It’s good to know how loved my baby was- I just want my baby back,” Darnisha said of her eldest son, she is the mother to two other sons.

“He was the best kid,” reports The Shadow League. “He was a jack of all trades who was good at basketball and football. He could dance. He was good at everything. Sterling even had a high school basketball recruiting profile on the ‘Next College Student Athlete’ website.”

“I never heard anyone say a bad word about him. He stayed out of trouble and looked after his brothers. I appreciate everybody that has been reaching out to me. It’s good to know how loved my baby was … I just want my baby back,” said the grieving mother, Houma Today reports.

Brendon Sterling spoke highly of his older brother and said he was an inspiration to himself and their young brother, Dwayne McZeal Jr.

Brandon Sterling is survived by his parents, five siblings, aunts, uncles, and other relatives, The Shadow League reports.