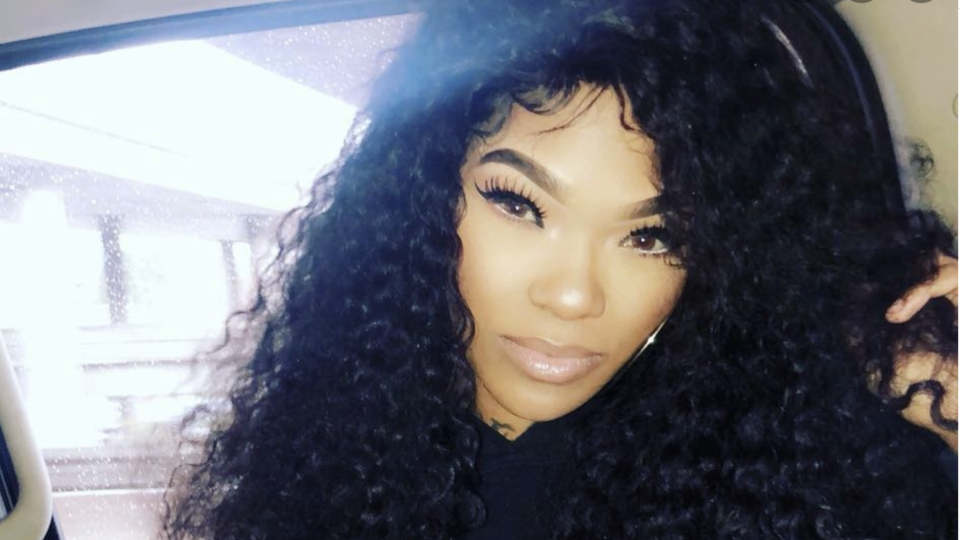 Born Jontelle Lafaye Watts, Apple Watts’ sister, spoke to The Shade Room and said that the exotic dancer turned rapper was driving from Los Angeles to Las Vegas, and her black Mercedes collided with a Ford F250 pickup truck on I-15.

Watts’ car flipped several times and burst into flames. The California highway patrol reported that one of the passengers from the diesel truck pulled Watts out from the burning vehicle, according to TMZ.

Watts’ sister said that Apple was unresponsive and sustained a fractured skull, a broken spine, and a shattered arm, The Shaderoom reports.

Watts is currently at a University Medical Center in Las Vegas, fighting for her life, Complex reports.

Friends and family told The Shaderoom that Watts’ road to recovery would be challenging as it will be difficult for her to regain such functions as walking and feeding herself.

Watts’ started stripping at the age of 21 and landed features in music videos as a video vixen for artists such as Future, Chris Brown, Ty Dolla Sign, YG, and others, according to Madamenoire.

Watts broke out on the VH1 hit series Love & Hip Hop Hollywood. Her storyline focused on her journey from dancer to music artist.

She spoke about the hurdles that Black strippers face in the exotic dancing industry.

“A lot of black women are pushed to the back burner who are very talented,” she said to VH1 in 2018. “Like Kash Doll — she needs to be up there. Her skills are ridiculous and her attitude is fierce. That’s the way it is in the industry. A lot of black women don’t make it because white women and Mexican women are the trend. Black women are overlooked in the world period. Strip clubs in L.A. cater to white and Mexican girls. It’s hard for black girls to even find places to dance because of our skin tone. I’m not even a dark skinned girl, but my attitude is what they don’t like.”

Watts’ accident is currently under investigation, but drugs or alcohol are not considered to be involved in the collision, Deadline reports.