Lupita Nyong'o to Star in Play About Liberian Women 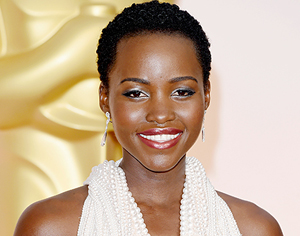 Academy Award winner Lupita Nyong’o will star at Off Broadway’s Public Theater in Eclipsed, the 2009 play by writer and Walking Dead star Danai Gurira, according to Variety.

Nyong’o, who took home the Oscar for her performance in the 2013 film 12 Years a Slave,Â makes her New York stage debut in the fall production of Eclipsed, which speaks to the life and subjugation of women in war-torn Liberia.

Born in America and raised in Zimbabwe, Gurira modeled the characters and their personal survival stories after the women she met in Liberia during a visit to the country, funded by Theater Communications Group’s New Generations program,Â Variety reports. While there, she witnessed civilian life caught in the crossfire of rebel armies firsthand.

Eclipsed follows a group of women who are the captive wives of a rebel officer, and what happens when a new woman arrives. Nyong’o will appear in the show just ahead of the release of her next film, Star Wars: The Force Awakens.

The blossoming actress is also slated to try her hand at animated film with a starring role in the 2016 remake of The Jungle Book,Â as the voice of Raksha, alongside Idris Elba, Bill Murray, and Scarlett Johansson

The play will run from October 14 through November 8 at the Public Theater in New York, with previews starting September 29.