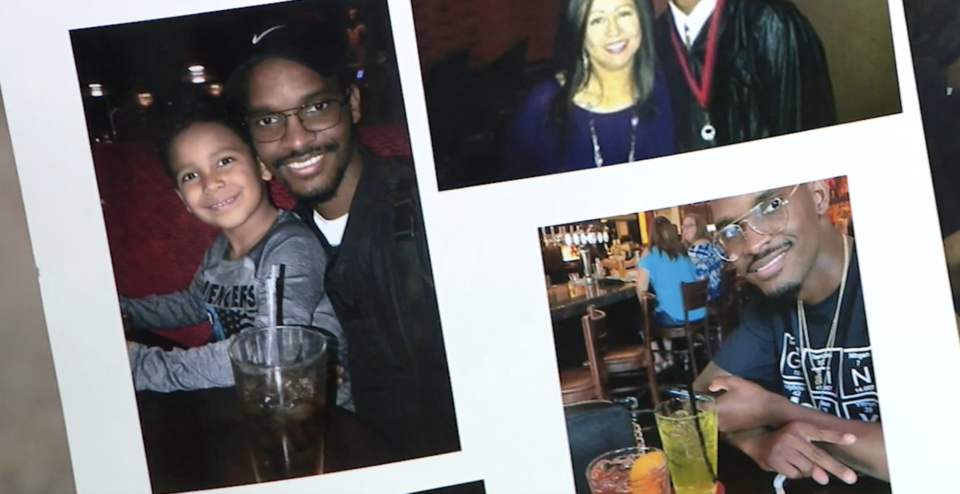 A stolen car full of teenagers and young adults hit and killed two passengers and a Lyft driver who were making a left-hand turn on a green light, ABC 15 reports.

The collision caused Terry Hill‘s vehicle to become engulfed in flames near 43rd Avenue and Thunderbird in Phoenix, on Friday morning, July 22, according to ABC 15.

Police said the driver of the stolen car crashed into another vehicle, killed three people, and left six others critically injured, Fox 10 reports.

“Inside that stolen vehicle were six people, they ranged from teenagers to young adults; those six people were transported to local hospitals with serious injuries,” Sgt. Melissa Soliz said. “The vehicle that erupted into flames we believe to be three adults, however, they have not been identified at this point. Those three people did die from their injuries.”

Hill and his two unidentified passengers died at the scene.

Surveillance footage recorded by a business captured two cars speeding through the intersection moments before the crash, around 1:50 a.m., when police concluded the crash occurred, ABC 15 reports.

“We have people racing all the time, going way too fast in these areas,” said Johnnie Grgurich, a resident who lives in the townhomes close to the intersection.

Grgurich and his wife have spoken to the Phoenix City Council and police to enact change in the community, according to the outlet.

After viewing the video footage, a suspected third car may have been involved in the crash. However, the police are still investigating the cause of the collision, ABC 15 reports.

Hill’s loved ones and friends held a vigil for him a day after the accident, Fox 10 reports.

Vigil for Terry Hill, the Lyft driver who was killed early Friday morning, along with his two passengers. Phoenix PD says Hill’s car was hit head on by a stolen vehicle on 43rd Ave and Thunderbird Rd when his car burst into flames. @FOX10Phoenix pic.twitter.com/mExquaJI29

“He was always the life of the party. We always have fun with him and that’s what we remember him by,” his sister Jada Hill said, ABC 15 reports.

Jada spoke about the close bond she had with her brother.

“Our dad passed away from lung cancer. He was six, I was five. Our mom… We lost last year to COVID,” she said.

“I just hope he didn’t suffer,” she added.

A spokesperson with Lyft issued a public statement about the unfortunate event:

“We are heartbroken by this incident. Our hearts are with the victim’s loved ones during this incredibly difficult time and we’ve reached out to offer our support. We are ready to assist law enforcement however we can.”