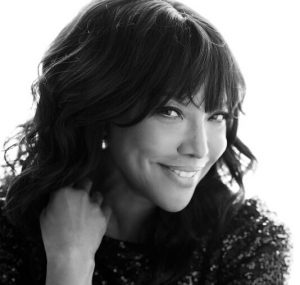 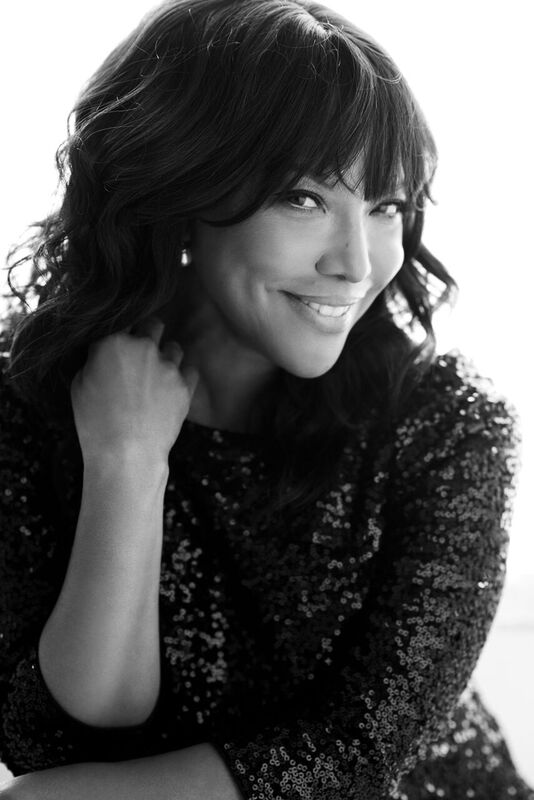 With one of the most respected careers in entertainment, Lynn Whitfield is one of a few African American actresses who hasÂ successfully achieved longevity in film, television, and theater. An Emmy Award winner and a Golden Globe nominee, Whitfield is the embodiment of grace, beauty, style, and Southern charm. Starring as Lady Mae Greenleaf in the critically acclaimed original drama series GreenleafÂ on Oprah Winfrey’s OWN TV Network, Whitfield plays the wife of a megachurch pastor, Bishop James Greenleaf, whose family lives in a perpetual state of upheaval riddled with scandal, secrets, lies and betrayal. GreenleafÂ is set in an affluent suburb of Memphis, Tennessee.

Winfrey handpicked Whitfield for the role of Lady Mae Greenleaf. In promos, Winfrey recalled that when she read the script, she heard Whitfield’s voice and, at the 2016 Tribeca Film Festival, said that Whitfield was the only person she thought of for the role. Winfrey knows firsthand of Whitfield’s depth and talent as an actress. In 1989, Whitfield played the role of Lucielia “Cielâ€ Turner in Winfrey’s ABC miniseries of Gloria Naylor’s The Women of Brewster’s Place. Nearly 10 years later, Whitfield starred in Winfrey’s ABC miniseries The Wedding, based on Dorothy West’s novel. Whitfield also achieved global prominence for her award-winning role as Josephine Baker in HBO’s The Josephine Baker Story. 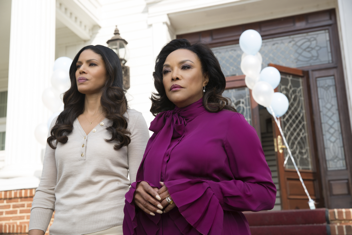 Whitfield, a master of character development, recalls how challenging it was to get Lady Mae going in the beginning. “If my characters are not complicated, I make them complicated,â€ says Whitfield. “Complex people are far more interesting to play. Lady Mae was described in the original script as the stern matriarch of the Greenleaf family. I was like, wait a minute; I don’t know, who is that? I don’t recognize her. We just started building this woman.â€

Whitfield is honored that Winfrey selected her for the role. She promises that during this season, audiences will see some of Lady Mae’s flaws and get a peek at the chink in her armor. “I like her, she’s got a lot to learn,â€ she explains. “As a black woman in America, I feel that Lady Mae is one of those women who have been a backbone for America. She’s of the same prototype as the Julia Purnell [former President of Alpha Kappa Alpha Sorority, Inc.]. She’s the president of the Deltas [Delta Sigma Theta Sorority, Inc.], and the Links [The Links, Incorporated]. She’s a part of the same spirit, but not in the political sense. She has a strong point of view, like a Barbara Jordan or a Shirley Chisholm, as many of these socially conscious and social butterfly women have had. The black women that pushed forward a lot of important things in this country. At the end of the day, at the center of everything, family is very important to her.â€

Once the show goes into production on site in Atlanta, Whitfield says that executive producer Virgo is on the ground daily. “Clement is very involved in helping us to shape our characters and keeping it close to the bone,â€ she continues. “He’s the litmus test for truth; not the flamboyance of these people, but the true entitlement of these people to be who they are. We’re blessed to have him.â€

Born Lynn Smith to an upper-middle-class family in Baton Rouge, Louisiana, Whitfield says her parents were advocates for arts and culture and exposed their four children to their various forms. Her mother, Jean Smith, was an amateur musician and was employed full-time as an officer at the Louisiana Housing Finance Agency. Her father, Valerian Smith, was a dentist who gave his daughter her first introduction to theater and the performing arts by forming the Baton Rouge Community Chorus.

“At the time, culturally, there weren’t a lot of venues or institutions for black people to go to the theater, to experience the orchestra and all of that,â€ she says. “It instilled in me a sense of art being service. He took art to the people. I think that stuck with me.â€ 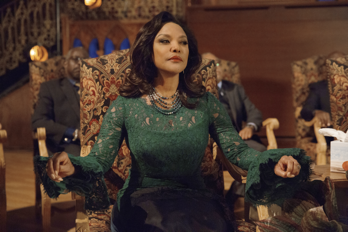 Whitfield’s early memories of acting started in the fourth grade at her Seventh Day Adventist School, where she was crowned with the title role of Spring. “That experience was a big deal for me,â€ she continues. “It felt like this is what I need to do forever. It was a joy; I happened to be one of the blessed people to have known what I wanted to do for a long time. Even now, I consider acting to be a service to the audience. When you build a character, you’re building a whole person. A person with great qualities and human frailty and flaws. If you do it well enough and people attach to that person, then you have the ability to serve as a mirror. Acting is a service job.â€

Whitfield is a third generation BFA graduate of Howard University. It was in Washington, D.C., while attending the historic black college that she joined the D.C. Black Repertory Theatre Company and met her first husband, co-founder, playwright, director and actor Vantile Whitfield, now deceased. It was during those early days that she further developed her craft in theater.

“It was an amazing time at the D.C. Black Repertory Company,â€ says Whitfield. “It was a sister company to The Negro Ensemble Company in New York. Robert Hooks was involved in starting both companies. Experimental theater was a big deal. We were part of a movement. At the same time, it was so intimate, and we worked so hard. We had acting classes until midnight. We would be involved in building the sets and making the costumes. It’s when I developed my love of costume design. The D.C. Black Repertory Company was where Sweet Honey in the Rock was founded. I was at their first performance with Carol Maillard and Louise Robinson. Bernice Johnson Reagon was teaching the vocal work to the acting company. Bernice plucked her first voices to be in the original company of Sweet Honey. It was a fantastic time. A time of renaissance.â€

After college, Whitfield moved to New York, where she appeared in several off-Broadway productions, including The Great MacDaddy and Showdown before landing a lead role in the groundbreaking national tour of Ntozake Shange’s Tony Award-nominated For Colored Girls Who Have Considered Suicide When The Rainbow Is Enuf, which featured co-stars Alfre Woodard and Mary Alice.

Whitfield made her big-screen debut in the Dan Aykroyd film Doctor Detroit, in a small role as a lady of the evening, and made her small-screen debut as Jill Thomas in NBC’s Hill Street Blues. From theater to film, Whitfield charted a successful course across multiple platforms early in her career. During the late ‘70s and ‘80s, most women, especially African American women, did not have many opportunities to play roles in different mediums.

A mega talent who sometimes did not get the roles she deserved, Whitfield has been fortunate to sustain her career during the dark and scarce times for African American actors. Her performance in Greenleaf is further testament to her brilliance as an actress and the reason she stands taller than ever.